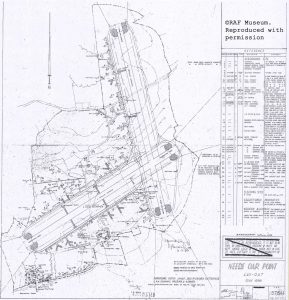 1944 Asset plan of Needs Oar ALG compiled by the Air Ministry Works Directorate. Reproduced with permission of the RAF Museum 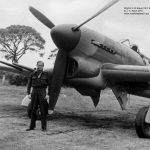 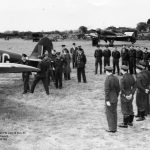 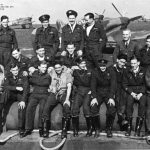 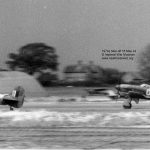 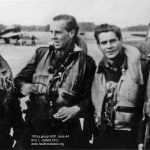 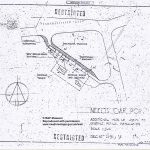 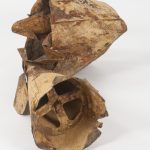 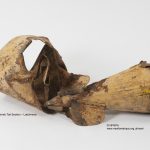 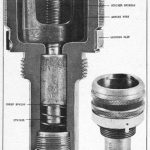 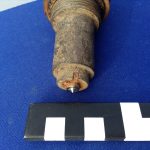 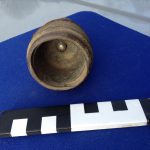 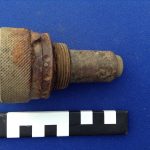 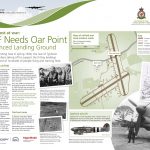 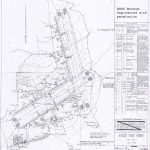 Needs Oar (aka Needs Ore) Advanced Landing Ground (ALG) was constructed in the summer of 1943 in preparation for the invasion of mainland Europe. It was occupied by RAF British and Commonwealth squadrons flying Hawker Typhoons. Four such squadrons with a total of some 150 aircraft were based here in the build-up to D-Day, along with over 900 ground crew. During the spring and summer of 1944, it is estimated that the airfield was so busy that aircraft took off or landed every 45 seconds. As with many of the ALGs along the south coast, the airfield was totally vacant by July and would not be used as an airfield again. The Royal Navy used the site as a depot until 1946, at which point it was returned to the Beaulieu Estate

ALGs were not designed as anything more than temporary airfields with tented accommodation. The landing strip was made of steel mesh pinned to the ground with large stakes that could be removed when the airfield was closed. As such they leave little evidence of their past on the ground. At Needs Oar, this evidence mainly takes the form of field boundaries along a former perimeter track and traces of dispersal areas.

You can see some 1944 aerial images of Needs Oar ALG in the following article: Park Farm Heavy AA and Needs Ore ALG

Uncovered from the site, by the local farmer, were a number of British No.28 III Tail Pistols.  These were fitted to air drop bombs and like the firing pin in a gun, on impact with the ground, strikes the detonator to set off the bomb.

British bombs were delivered to user units with the pistols already fitted – all the Armourers had to do was remove them, insert a detonator and then re-fit it. Once the armourer had refitted the pistol to the bomb they would then align an arming vane, of the tail section, to the large wing-nut, which holds the firing pin in place.

The one shown is in the fired position and so has no wing nut and the striker is in the forward position.
Tail Section

The Tail Section is from an inert 250lb practice air-drop bomb recovered during works at Latchmore Brook on the site of the Ashley Walk Bombing Range.  In the second photo it is possible to see the opposing wing-nut that would have fitted into the Tail Pistol.

The Tail Sections would be added to the bombs in the bomb preparation area. The site of RAF Beaulieu still has the remains of its bomb storage and preparation area.
If you have anything to share about your memories of Needs Oar or anywhere else in the New Forest please let us know.

It seems that some required fields are empty or you have not agreed on licence
LOCATIONS:
Beaulieu
PERIODS:
Modern
SUBJECTS:
Aerial
D-Day
Maps and Plans
Military
WWII
DATA SOURCE:
Contributions
New Forest Remembers