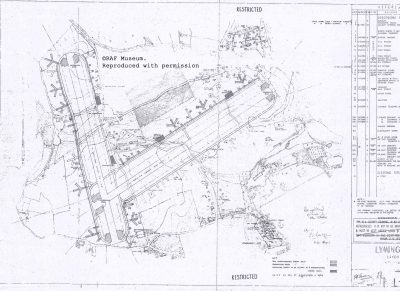 1944 Asset plan of Lymington ALG compiled by the Air Ministry Works Directorate. Reproduced with permission of the RAF Museum 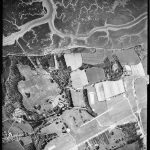 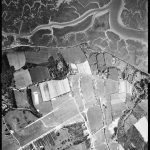 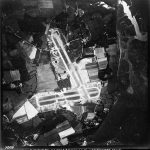 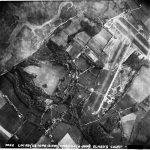 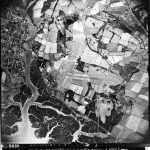 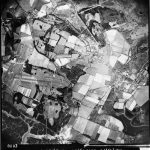 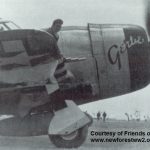 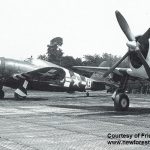 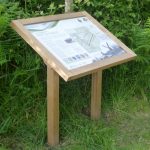 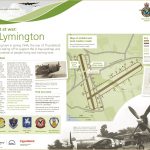 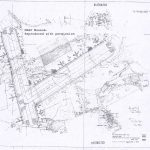 RAF Lymington ALG (Advanced Landing Ground) was constructed in the summer of 1943 in preparation for the invasion of mainland Europe. However, it was not occupied until April 1944 when three US squadrons of the 50th Fighter Group arrived. These squadrons were equipped with Thunderbolt fighters and flew numerous missions over the D-Day period, before they departed to an airfield in France on June 24th. After that only a small holding party remained at the airfield and little flying took place before the site was broken down in spring 1945. There is some suggestion that the airfield was a prototype for construction methods for the airfields that would be built in France, but this is not confirmed.

ALGs were not designed as anything more than temporary airfields. The landing strip was made of steel mesh pinned to the ground with large stakes that could be removed when the airfield was closed. As such they leave little evidence of their past on the ground. At Lymington, this evidence takes the form of a crop mark of one of the perimeter tracks, and a blister hanger that is still in use as a farm store.

Lymington ALG has had a new Interpretation Panel installed as part of the New Forest Remembers Project. You can find out more: Here