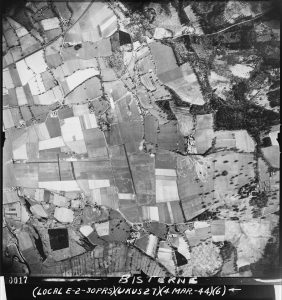 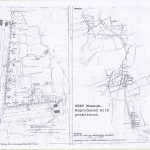 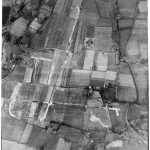 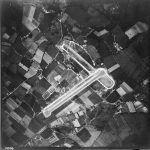 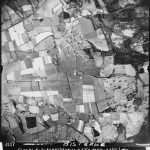 Bisterne Advanced Landing Ground (ALG) was constructed in the spring and summer of 1943 in preparation for the invasion of mainland Europe. However, it was not occupied until March 1944 when three US squadrons of the 50th Fighter Group arrived. These squadrons were equipped with Thunderbolt fighters and flew numerous missions over the D-Day period, before all of them departed to France.

The airfield had experienced numerous problems during its brief career – the runways regularly broke up during landing and the east west runway was eventually abandoned. The airfield was totally vacant by the end of June and was returned to arable in the late summer of 1944.

ALGs were not designed as anything more than temporary airfields. The landing strip was made of steel mesh pinned to the ground with large stakes that could be removed when the airfield was closed. As such they leave little evidence of their past on the ground. However, hard-core was used at Bisterne to counter the problem of the disintegrating runway and this proved harder to remove. Eventually the runway tracking, hard-core and other elements were simply piled in a long bank on the east side of the main runway.