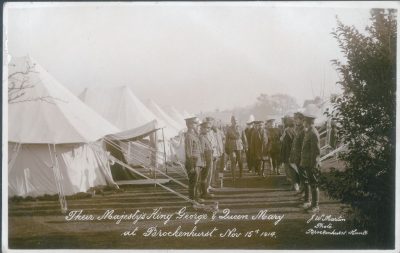 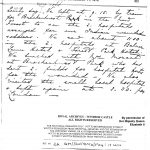 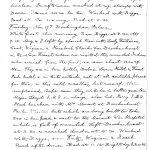 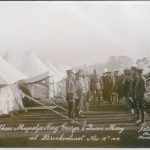 ‹
›
Author: Gareth Owen
By as early as November 1914 Brockenhurst was already home to hundreds of wounded soldiers in the hastily requisitioned Forest Park hotel, Balmer Lawn hotel and in tented camps in their grounds. Together these provided around 1000 beds. There was also the Morant War Hospital (in what was the Morant Hall). A new hutted hospital was also under construction in Brockenhurst Park providing an additional 500 beds.
This, The Lady Hardinge Hospital for Wounded Indian Soldiers was established by The Indian Soldiers’ Fund and staffed by the Indian Medical Service. It provided medical treatment for service personal from the Indian Army who had recently been sent to the front.
On Tuesday 17 November the hospital received a Royal visit by their Majesty’s King George and Queen Mary. Both recorded brief diary entries for their visit and with the permission of Her Majesty Queen Elizabeth II here below are their accounts.

White frost this morning. Saw Brigge at 8:30.
At 9:15 May and I left by special train with Lady Fortescue, Wigan and Havelock Charles for Brockenhurst in the New Forest. Where we visited the wounded Indians, who arrived from the front. We saw about 1,200 of them. They are in two Hotels. Balmer Lawn Hotel and Forest Park Hotel and in tents outside, not at all suitable places for them in this cold weather, but none of them complained, hope soon they will be in better quarters. Major Lloyd IMS in charge also Col Perry IMS. Had luncheon with Mrs Morant at Brockenhurst Park. Visited huts which are being built to take 500 in her park and went to the Morant War Hospital which is full of wounded. Left Brockenhurst at 3:30 and reached London at 5:30.
Worked with Brigge saw Fritz, Wigan and Derek. Read after dinner. Bed at 11:15
Bright day but cold.

Lovely day very cold.
We left at 9:15 by train for Brockenhurst in the New Forest to see the two hospitals arranged for Indian wounded soldiers. We went about 11:00 to the two hospitals at Balmer Lawn Hotel and Forest Park Hotel. We lunched with Mrs Morant at Brockenhurst Park who had lent two fields for Hospital huts for the wounded. We also visited the small local hospital and left again at 3:30 for London.

It seems that some required fields are empty or you have not agreed on licence
LOCATIONS:
Brockenhurst
PERIODS:
Modern
SUBJECTS:
Hospitals
Monarchy
WWI
DATA SOURCE:
Contributions