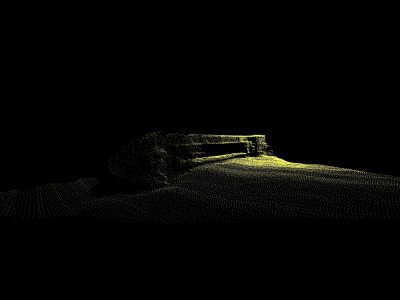 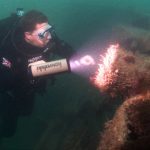 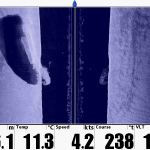 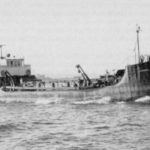 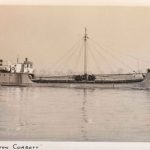 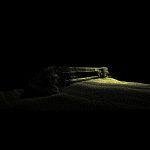 The Margaret Smith was a Southampton registered dredger and sand carrier of 309 tons, which got into difficulties on 28 June 1978 while off Cowes, carrying a cargo of gravel.  A radio call from the ship, under the command of Skipper Dennis Harman, reported she had lost power and was drifting off Gurnard Ledge.  The ship was taking in water, too much for the pumps to handle, and there was also a suggestion her cargo had shifted.  Her crew of four men were clearly in some danger and assistance was requested.

A Royal Navy helicopter from the Search and Rescue Flight at HMS Daedalus, Lee-on-Solent was despatched to the scene.  At that time rescues were undertaken by the Royal Navy, HM Coastguard not having the capability to take responsibility for such incidents as is the case now.   Arriving on site, it was clear the Margaret Smith and her crew were in serious trouble.  The ship had developed a severe list to starboard and the sea was washing across her deck. One of the crew was already in the ship’s life raft, which was still tethered to the sinking ship, while the remaining men were preparing to abandon ship and board the life raft.  The helicopter lowered her diver to the stricken vessel, but the Margaret Smith was going fast, and the diver ordered the last crew members to jump into the water before the ship capsized.  They jumped in and the Navy diver cut the life raft free before also jumping in, swimming away from the sinking ship and towing the life raft clear.  Within 30 seconds, Margaret Smith went right over and capsized.  The diver and 4 crew were winched aboard the helicopter to safety.

As the tide ebbed to the west, the current took the capsized ship, completely upside down, towards Yarmouth, followed by tugs and a police launch.  Eventually, the Margaret Smith was taken in tow and she was tethered to one of the Admiralty buoys to the east of Yarmouth off Bouldner. The next day, her remaining buoyancy exhausted, the ship sank in 15 metres of water.  At first, hopes were entertained that the ship would be raised and scrapped, but this never took place.

The Margaret Smith was completed in 1943, having been built by J Harker Ltd, Knottingley.  Her former names were Sand Wren ex Pen Adur ex Lerryu ex Morten Cobbett.  She was 43 metres in length and 6.4 metres in breadth, and was powered by oil engines of 5 cylinders. Today, the wreck remains substantially intact, lying on her side and standing 5 or 6 metres clear of the shingle seabed.  Still looking very much like a ship, she has not yet begun to break up.

It seems that some required fields are empty or you have not agreed on licence
PERIODS:
Modern
SUBJECTS:
History
Industry
Maritime
Shipwreck
Surviving relic
Transport
DATA SOURCE:
Contributions