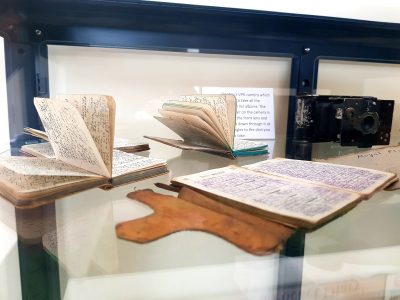 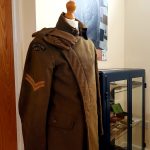 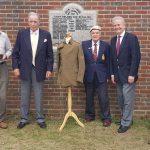 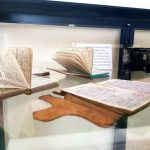 Lionel Gordon Tucker (known as Gordon) was born on 7th February 1897. He saw man achieve getting off the ground like a bird and he lived long enough to witness man landing on the Moon.
Gordon became so interested in the mystery of flight and it was not long before he started making model aero planes. Gordon’s model of ‘Bleriots’ Channel machine won first prize at the first large model exhibition at Olympia and he made several successful flying models. There was a club for these activities on Wimbledon Common and Gordon’s models always flew well.

Gordon wrote in his miniature diaries for 3 years; from 29th January 1916 two days before he joined the Royal Flying Corps  up until the 23rd February 1919 when he was stationed at Wye. In between times, Gordon Tucker details in these tiny diaries his repairs on various World War 1 planes, his flights with the airmen, his run-ins with senior officers, his likes, dislikes, the food he had to eat, visits to the cinema and the theatre, his holidays and, most intriguing of all, his many romantic liaisons. Serving as a mechanic and rigger in the RFC, which later amalgamated with the Royal Naval Air Service (RNAS) to become the Royal Air Force, he spent most of his time stationed at Beaulieu, Hounslow and Wye. While Gordon’s official work was that of a mechanic and rigger, he took every opportunity to fly with the trainee pilots.

Gordon applied to become an Airman and was welcomed into the Royal Flying Corps on the last day of January 1916, a week before his 19th Birthday. As a new recruit he was given the number of 19782 and the rank of Air Mechanic 2nd Class, 16th Reserve Squadron RFC, South Farmborough, Hampshire.
He was kitted out with two tunics, one overcoat, one jersey, two pairs of boots, one pair of rubber shoes, breeches, slacks, puttees and cap besides a host of other small necessities including underclothing. During off duty times many of the men went over to a place called The Soldiers & Sailors Rest Home, replaced in time by the NAAFI (Navy, Army and Air Force Institution), a place where they could chat and write letters and also attend services conducted by the Army Chaplain. The men received a very short basic training at a place called Larkhill in Wiltshire. It was a terrible place and it reminded our Dad of a hospital or home for consumptives where everyone was coughing, spluttering, sneezing and making an awful row! However, from there they travelled by train on Saturday 19th February 1916 to Beaulieu (pronounced Bewley) and were met by a big motor lorry and driven to the Aerodrome Orderly Room, then to their new quarters. After they paraded, they got the machines out of the hangars. Gordon noted that they had fourteen aero planes and the Aerodrome was excellent — a vast stretch of absolutely flat ground.
There was plenty of flying including night flying going on over that weekend. One machine had to make a forced landing in a field outside the Aerodrome. Six mechanics jumped into a car with spares and raced round the roads into a ploughed field, in which they found it slightly damaged. He wrote: We had to completely dismantle it and bring it back to the Aerodrome on lorries. The next day we were busy repairing the damage and erecting it. He wrote also, ‘Think I shall like the life very much!”
In a letter to home on 25th March he mentions that the 16th Reserve Squadron is becoming one of the biggest and most efficient of the Reserve Squadrons in the RFC. Every week more machines arrive and also more men. He also mentions that ten days ago they had a crash — the first since he had been there. The machine nose-dived to the ground and did a fair amount of damage. We were working half the night on it in the pouring rain and when finally we did get the body and engine on the trailer, the latter caught in a rut causing the latter to break its back. So after all that work, we had to leave it out there.

An entry from his diary on the 13th April 1916 was titled: My First Flight. It was in an 80hp Avro, No.2897, piloted by Lieutenant Norman Brearley. Windy day! At 3pm we get in and start off. It simply lifted into the air and we climbed very steeply, engine running beautifully. The scenery was magnificent — the Isle of Wight, Southampton, Cowes clearly discerned. Hangars, Aerodrome look like midgets! A BE2c keeps passing and re-passing us. At 3000 feet we run into a bit of a snowstorm. At 3.20pm the engine begins to drop a bit. However, after a bit of coaxing we rise again to about 5000 feet. Sometimes against the wind, we are almost stationary, while at others we travel at about 100mph. At 3.30pm we began to descend in a slight spiral — simply magnificent. What an absolute sense of freedom. I watch the controls a fair bit. Severe gust make the joy-stick keel right over knocking my knees apart. At 3.30pm we swoop down over the hangars and make a very good landing despite the high wind. Petrol flow from the back tank seems to be the cause of engine failure. The next day the engine stops, a forced landing having to be made.
His second flight was five days later in the same machine piloted by Lt. Norman Brearley. On early detachment, it was a hot but misty day when he saw Lt. Brearley just about to take off, went up to him and asked, ‘Taking a passenger, Sir?’ He replied, ‘Jump up!’ So in I got with no tunic or cap on. It seemed a very hurried affair altogether and was over in five minutes. Only rose to about 500 feet, but we were beautifully steady and hardly a movement on the joy-stick. Good volplane and rather a bumpy landing.
Sunday 23rd April — Easter Day. Dad records that they had a lovely Church Parade in the morning at East Boldre.

The Crashes and the Job

In May 1916 Dad wrote to his parents telling them not to expect long letters from him, nor quite so often, as they were terribly busy. In fact, they had to work from dawn to darkness with only a break for meals during which he was able to write a short letter. He went on to relate that he had had a rather exciting and enjoyable adventure a few days earlier. One evening when a number of machines were up, a thick mist sprang up in practically no time making it very dangerous for landing. At about 7.30pm they learned the news that a machine crashed down in the New Forest. The ambulance went to fetch the unfortunate pilot and as darkness was setting in, it was useless to send a breakdown gang to remove the wreck. Accordingly, two men were sent to guard the machine during the night, including myself. It had come down in the most out of the way place miles from anywhere. There were just three cottages about a mile away.
It was an awful wreck in the middle of some extremely boggy ground over which of course we had to walk. Unfortunately, I went straight down almost up to my armpits in one of these bogs. Ugh! It was cold. I don’t think I should have been able to extricate myself had it not been for my chum. I can tell you I felt jolly uncomfortable. He hauled me out with the aid of a broken tree branch which I grabbed hold of tightly with both hands.
When we got to the wreckage, we found three young ‘flappers’ of the country maiden type and one or two woodman. The girls were very sweet to us and said they would go and get some supper though they lived in one of the aforementioned cottages. While they were gone I lighted a fire of brushwood which soon blazed up and then I endeavoured to dry, a bit at least, my wringing wet clothes. The girls then came back with coffee, bread, butter, cheese and cake and we had a right Royal feast!
Fortunately, it didn’t rain anything to speak of during the night, and we had waterproof sheets and one or two blankets. It was the first time I have slept in the open and I must say it was all right. To wake up and find all the beauties of nature surrounding you and to hear the numerous birds singing their songs, it was delightful. Still, it would have been better had I not had that unfortunate accident. The next morning at 8am the girls came with hot tea, bread, butter and jam and kept us company until 11am when the breakdown gang arrived. We then worked with them, got the engine and valuable parts on a cart and tramped seven miles through the New Forest. No, I’m glad to say I’m not any the worse just a wee bit tired, but it’s all in a day’s work I suppose.

Gordon was demobilised on 3rd February 1919 and soon afterwards he returned to his former employment with John Hudson & Co Ltd., a coal distributing company in London. Gordon met his ‘x’ in the early 1920s, playing tennis in Wimbledon. He and Mabel Hall (known to all as Mabs) married on 16th October 1926. He was 29-years of age and she was 7 years younger. They had three children: Stuart (born on 22ndMarch 1929), Michael (born on 11th October 1934), and Bruce (20th March 1943).
Gordon worked for John Hudson for most of his life, becoming the Manager of the Seaborne Department. During World War 2, he was rostered on Fire Watching duty on the roof of his company. One night, when Gordon was not on duty, a German Luftwaffe bomb destroyed their building in Billiter Street. The Company moved straight away to 8 Lloyds Avenue nearby and remained there for many years after Gordon had retired.
Gordon suffered a severe heart attack at work in late 1957. Miraculously, he survived but was forced to retire, living out his days in Ashtead, Surrey where the family had moved in 1952. Sadly, he developed lung cancer, most likely caused by smoking, and he died on 22 December 1974.
Date: 1916
0 comments