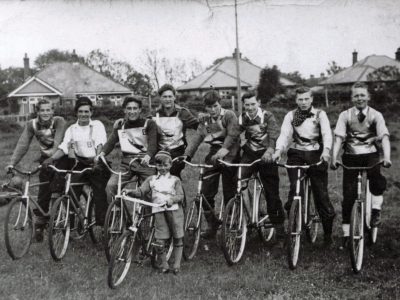 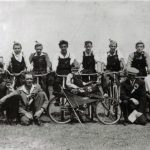 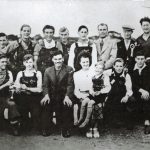 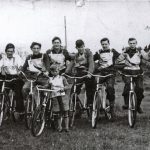 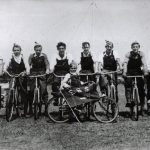 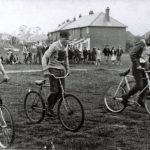 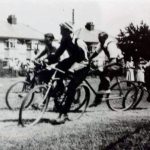 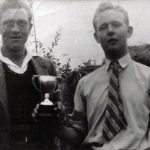 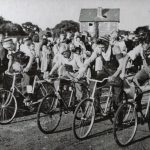 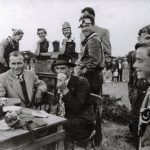 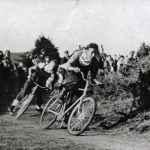 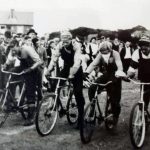 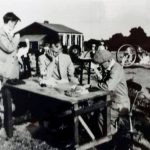 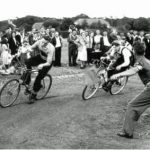 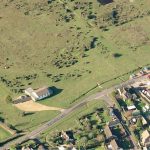 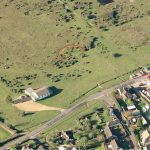 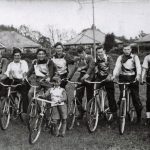 East Boldre Parish Council and the New Forest are after information and photos about the East Boldre Spitfires who were based at East Boldre with a dirt track speedway.

A number of photos and names are coming to light, but it would be great to add additional information such as names, dates and any other stories.

So called the Spitfires because their track was near to Beaulieu WWII Royal Air Force Base. They’re track was actually in the location of East Boldre WWI airfield.

Looking at aerial photos and lidar along with one of the photos it appears that the track was located to north west of the village hall orientated roughly north-east south-west on it’s long axis and was built on the open heathland directly opposite Chapel Lane. This can be seen in the aerial photos above.

The Team raced in the New Forest League.

The photos here have been provided by East Boldre Parish Council through some of the local residents.

Photos 1 – 8 titled: East Boldre Spitfires look like they have been taken at other speedway track venues due to the visible backgrounds

Over 100 clubs were registered in Hampshire alone showing the popularity of cycle speedway post WWII.

East Boldre Spitfires at East Boldre Speedway 6 – Charlie Phillips is the Marshall.  Arthur Phillips is on the left in the Black Trilby. Larry Abrahams is the small Boy three in from the left.

This has come from Cycle Speedway Teams through the Years website

In 1946 Control Boards and Local Leagues were formed throughout the Country, these being run by interested adults, many of whom had their own sons and daughters in the teams. The tracks themselves were built on cleared bomb sites, where previous devastation and despair were replaced by the sounds of enjoyment and laughter. Once the sport got on it’s feet, a number of Councils began to donate corners of recreation grounds on which tracks could be built, some even financing this venture, from the building of the track, to the supply of all the equipment required.

A very early magazine for the sport was called “Cycle Speedway Monthly”, which covered the whole Country, and sold well over 4,000 copies per edition.

An Association was formed on 14th January 1950 at the offices of the News Chronicle, Bouverie Street, London, this being the “National Amateur Cycle Speedway Association”(NACSA). This Association encouraged the boys to take an active part in the sports organisation, and provided the means to unite the sport across the Country, thus enabling for National Competitions to take place.

The “British Cycle Speedway Federation”(BCSF), was formed in London in 1958 by Derek Bacon and Vic Cowell, who between them raised the profile and presentation of Cycle Speedway to a new level. Eventually, after many disagreements over a period of twelve years, the two controlling bodies merged in 1971, forming the ‘Cycle Speedway Council’.

It seems that some required fields are empty or you have not agreed on licence
LOCATIONS:
East Boldre
PERIODS:
Modern
SUBJECTS:
Can you help?
Events and Exhibitions
History
People
Sport
DATA SOURCE:
Contributions