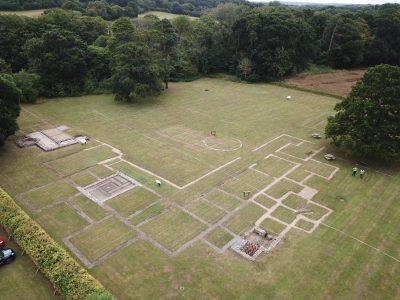 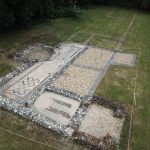 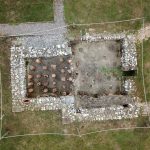 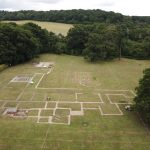 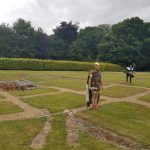 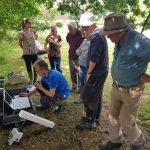 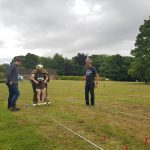 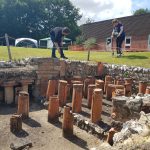 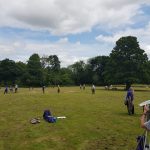 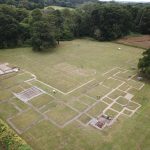 The discovery of Rockbourne villa was the result of a local farmer digging out his ferret in a corner of a field on West Park Farm in 1942. It was during this digging that a large quantity of oyster shells and small, mosaic tiles (tesserae) were brought to the surface. After notifying local antiquarian Morley Hewitt, who recognised the significance of the finds and subsequently purchased the land and undertook a 30 year period of excavation.

The main structure was a large residence surrounding a courtyard, including luxurious Roman mosaics and bath suites. There were also farm buildings and workshops since it sat at the centre of large farming estate. Its origins lie in the Iron Age and it was occupied until the 5th century. Unfortunately, some of the most elaborate mosaics perished before excavation, but two of the remaining examples are on public display, alongside the remains of a Hypocaust (under floor heating system), which would have warmed the mosaic floor of one of the villa’s luxurious bath suites.

Peaking beneath the soil

Magnetometer and resistivity surveys were conducted at Rockbourne Roman Villa, Rockbourne, Hampshire on Saturday 20th and Sunday 21st July 2019 thanks to funding from the Our Past, Our Future a National Lottery Heritage Funded Landscape Partnership Scheme. The project was a joint venture between Avon Valley Archaeological Society (AVAS), Hampshire Cultural Trust (HCT) and the New Forest National Park Authority (NFNPA) as part of the Council for British Archaeology (CBA) Festival of Archaeology 2019.

The aim of the survey was to investigate the buried archaeology at Rockbourne and give the public a chance to get hands on with geophysical survey.

It seems that some required fields are empty or you have not agreed on licence
LOCATIONS:
Fordingbridge
PERIODS:
Iron Age
Romano British
SUBJECTS:
Agriculture
Archaeology
Architecture
Farming
Museums and Galleries
Our Past Our Future
Pre-WWI
Surviving relic
DATA SOURCE:
Contributions
GROUP:
LoCATE