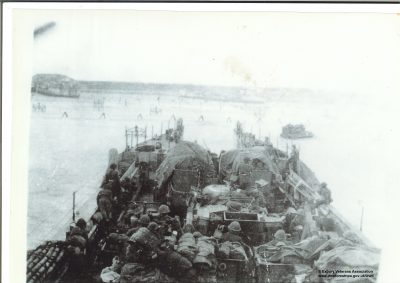 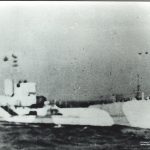 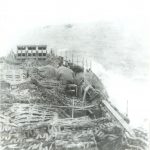 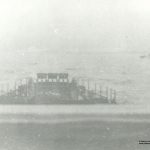 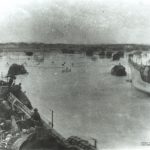 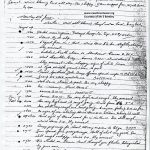 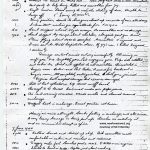 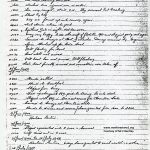 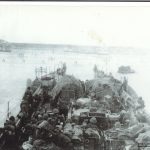 “Only a few vehicles to discharge. Beach obstacles visible. Sand dunes on horizon. Tide receding left us high and dry until the next tide. Bombed by fighter bomber during day. One killed, two wounded.”

An article added to the archive by Alison Trerotoli names one KIA as:

Kenneth Roy Johnson
Leading Motor Mechanic C/MX 506841.
Commemorated on the Chatham Naval Memorial, England.
Born in the Summer of 1924, the son of Alfred and Ethel Johnson of Chelveston Road, Raunds, Northamptonshire.
Lost aged 19. A member of “J” Force who landed on “Juno” Beach on D-Day.

Following an oral history interview with Mr Ted Bentley, First Lieutenant on HM LCT 629, he permitted a number of documents he holds to be scanned and added to the archive. These included three pages of HM LCT 574 Log Book. It is possible that Kenneth Roy Johnson was one of the two men sent to the field hospital on shore, and later died, after the attack at 17.45 by the FW190 resulting in the seven casualties on 574. As it is likely that if he had been killed on board it would have been recorded in the log.

Below in the transcribed section for the 6th of June.

Heavy air raids all night. Bombs falling in anchorage and also mines. A very heavy barrage is being put up. Beaches are catching it and an ammunition dump is afire.

If you have any more details, or find an error in the transcription please get in touch or add a comment.