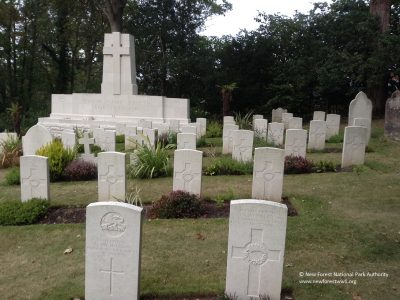 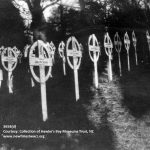 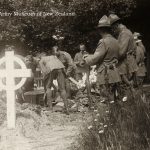 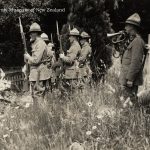 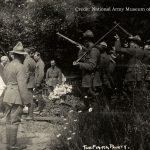 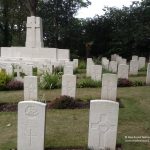 In 1914 due to its proximity to Southampton and Portsmouth and its railway connections the War Office chose Brockenhurst as a First World War hospital centre. The first hospital was the Lady Hardinge Hospital for Wounded Indian Soldiers. The main section, built on Church Hill, Church Lane, consisted of tented accommodation with the later addition of galvanized timber framed buildings. The site became known to the locals as “Tin Town” and held 500 beds and treated 3,000 wounded Indian troops. This site is now the Tile Barn Outdoor Centre. In addition two minor sections were established at the commandeered Balmer Lawn and Forest Park Hotels. Due to massive overcrowding in Brockenhurst the Indian hospital was closed (c1915) with wounded Indian troops now heading to Brighton.

In January 1916, the facilities were taken over and became the No.1 New Zealand General Hospital. It is likely that additional facilities were needed and the site expanded in Church Lane. Over 21,000 New Zealand casualties were treated. Sadly more than a hundred Indian, New Zealand and other soldiers died in these hospitals.

It is understood, in keeping with religious doctrine, that the remains of the Indian troops were cremated on one of two local pyre sites. Little is recorded of these events and more research is needed. However, three Indian personal were buried in the church yard and again more research is needed here to understand who they were and why they were buried. Later 93 New Zealand troops and three unidentified Belgian civilians were laid to rest here. White wooden crosses marked the locations of the fallen until 1924 when the Imperial War Graves Commission replaced the originals with the current engraved head-stones. The memorial cross was added later in 1927.

There are at least 106 graves of the First War:

(11 servicemen of the United Kingdom were buried here during the two world wars.)

The churchyard today is in two parts. The smaller area immediately around the Church is under the auspices of the Church Authorities. The lower section below the steps is operated by the Parish Council.