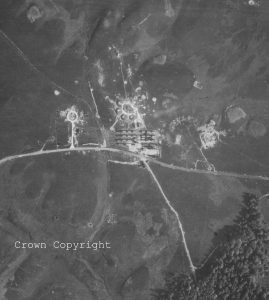 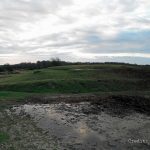 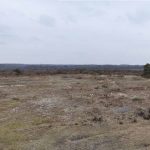 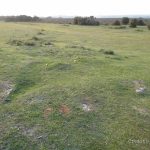 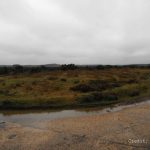 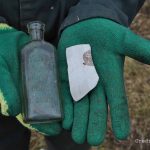 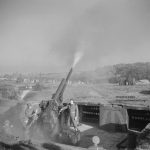 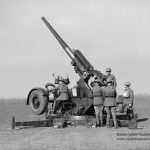 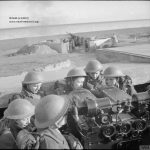 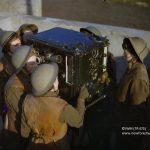 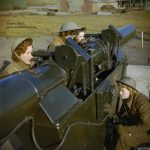 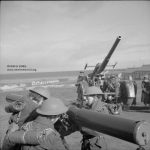 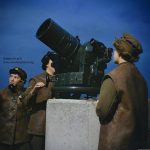 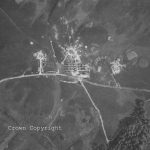 Yew Tree Heath was a Heavy Anti-Aircraft site (HAA) gun battery built on the high ground east of Beaulieu Road. War diary entries show that the site was designated S.16 and housed four 3-inch AA guns when activated in 1939 (WO 166/2262). These were replaced by Vickers 3.7 inch AA guns later in the war.

War Diary research indicates that during an occupation of HAA sites on the 24th August 1939, the armament plan called for four 3” guns at Yew Tree Heath, although none were yet installed. 213 Battery occupied the site in September with 3” guns, but these were removed between October 10th and 12th. In February 1940, four 3.7” guns were deployed; by April only two of these were static and the other two were mobile and not fully installed. By June, this armament had been reduced to two static guns, but by July, four static guns were in place. 217 Battery took over the site and in October only two static guns were recorded. During this period, the battery made frequent engagements of enemy aircraft (WO 166/2262).

This constant movement of guns continued for several years. In July 1941, only two guns were emplaced, rising to four 3.7” guns a year later. An armament return in August 1944 (WO 166/14635) states that the battery was armed with four 4.7” guns as well as what is likely to be a Bofors Light AA (LAA) gun, 11 machine gun positions, and a searchlight. By November, the site is alleged to have had four 5.25” guns, but this seems unlikely. These guns were significantly larger than 3.7” guns and would have required considerable modification to the emplacements that are not evident in the 1946 photographs. However, this may indicate an intention rather than an actual installation of the guns and could provide an alternative explanation for a site to the west. In the 1946 photographs, a significant ancillary site has appeared to the west of the battery – a new access road leading to a circular loop. An apparent semi-sunken circular emplacement, approximately 11m in diameter, is visible on the south east side of the loop road and significant excavations are visible around the rest, including a circular marking the same size as the pit. The emplacement’s dimensions closely match those of a standard 5.25” sunken gun position. It is possible that the entire western site is an expansion of the battery with the intended provision of four 5.25” gun emplacements. If this is the case, the fact it had not been completed in 1946 suggests it was never finished. Further evidence of this comes from the fact that there is now an extractive pit at the site of the completed emplacement (suggesting it was removed), but there are no other such pits around the site.

With the movement of the front line across Europe and the eventual capture of enemy airfields and V1 and V2 installations, the need for extensive AA defence in Britain decreased. Gun batteries were slowly wound down in early 1945 and many sites were disarmed and vacated by their units. However, a force was required to defend Britain from the new threat of Communist Russia and by January 1946, 210 HAA sites nationwide had been selected to be retained as part of “Nucleus Force”. These included several of the Solent defences, including all five pre-war HAA batteries (Hardley, Marchwood, Hounsdown, Haxland and Yew Tree Heath). However, only Hardley and Hounsdown retained their armament, with the other batteries’ weapons described as being “off-site”; weapons and equipment were held at nearby depots.

Yew Tree Heath battery is clearly disarmed in the 1946 aerial photographs. Although the scheme was reduced in late 1946, the sites remained ready to use until 1950. The aerial photography shows that the guns were arranged in concrete emplacements around a central command post, with ancillary buildings, stores and accommodation just south of the gun position. This set up was very typical of HAA gun battery layouts.  There are no known photographs of the site in action so we include some example photos so you can see what was or may have been there.

It has not been possible to identify when the site was given up by the War Office, although this would presumably have followed soon after the abandonment of the Nucleus Force. The 1962 National Grid map suggests that the bulk of the battery has been removed. The only features marked are the original concrete access tracks leading to the gun positions and the Radar site. Two buildings are indicated close to the gun positions, on either side of the track. These buildings match the locations of buildings shown on the 1946 aerial photographs, but have been deleted on the 1970 map, although the tracks remain. Both maps also indicate a rectangular feature that matches the large concrete apron east of the site visible in the 1946 photographs. The fact that a broken line is used to indicate the feature suggests that it is only a change in land surface and not a building.

The site didn’t just hold guns. It would have also had a Command position probably in the large ‘central’ mound.  To help aim the guns there was also a Vickers Predictor. June 1942 is the first time a radar is marked as installed on site; a GL Mk II. The installation of radar in gun batteries began in the early years of the war. There is no evidence of a specific radar installation on the 1940 or 1943 aerial photographs, although early radar units were typically mounted on the back of a truck. However, by 1946, a number of small installations are visible north of the battery, including a building some 175m north of the command post, but seemingly connected to it by a thin trench. This may be connected to radar, with the trench carrying cables connecting the radar to the battery.

Other equipment one may have seen at a HAA gun site include:

Kine-Theodolite
The Kine-Theodolite photographs the shell bursts.  This checks the targeting information from the Predictor crews, how close the gun crews are hitting to the target.

Height and Range Finders
Used for calculating the height and range of a target.  The calculated data was then passed to the Vickers Predictor and the Gun Post Officer.

R.Z. Detector
Little is known about this type of unit but it is thought to be used for early detection of enemy aircraft.

The gun site is now a Forestry Commission car park, recent site clearance reveals that several features are still extant, including concrete remains of the command post and all four gun positions remain as earthworks. As these features were typically semi submerged when built, there is potential for the survival of ammunition lockers in the gun pits and even individual rooms in the control bunker. Several other features such as a large concrete patch east of the guns and a large turning track way to the west need further research to identify their purpose and use.

Some rare photographs of an active HAA site have come to light from the Needs Ore ALG.

You can discover more about life at Yew Tree Heath AA gun site and nearby Ferny Crofts through the memories and photos of Leslie Isaac and Marjorie Readman who met here in 1943 and lived happily ever after.