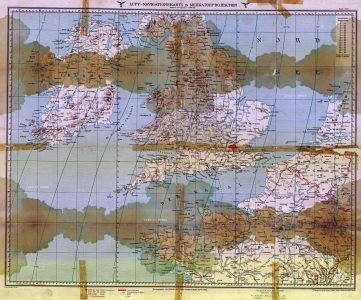 1938 German Luftwaffe Map acquired by an Allied soldier in Caen and then amended to show his journey from Gosport to Ghent after D Day. Credit NFNPA 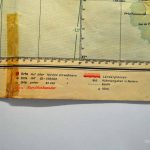 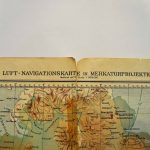 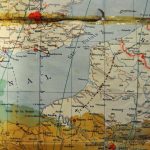 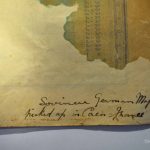 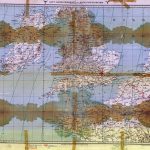 This map was handed to the project in July 2013 and we have been working to decipher all the information from it.

The map is a German Luftwaffe Map surveyed in 1936 and updated in 1938, it is slightly worse for wear and we are now working to conserve it. The map in itself is of interest, but closer scrutiny reveals additional information and another story reveals itself.

On the front somebody has drawn on a dotted line crossing from Gosport to Normandy and then to Caen, skirting Rouen, before heading north east across the Belgian border to Ghent. Along the way there are a few ‘X’s marked on the map.

It is possible to start hypothesising a few bits of information form the map. Working under the assumption that the X marks an engagement area rather than an overnight stay or base due to the number and spread. The author was probably British landing on Gold beach on the 6th June 1944, involved in another engagement before moving to Caen where the map was aquired and then follows the British advancement to Ghent arriving after its liberation on 6th September 1944.

Do you know differently? we would welcome comments and thoughts on this map and the information it contains

It seems that some required fields are empty or you have not agreed on licence
PERIODS:
Modern
SUBJECTS:
Archives and Libraries
Can you help?
D-Day
Maps and Plans
Maritime
Military
People
Transport
WWII
DATA SOURCE:
Contributions
New Forest Remembers