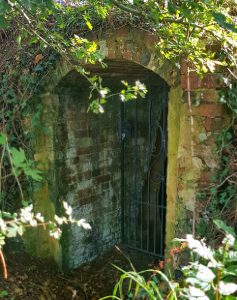 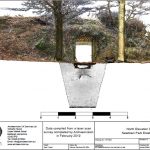 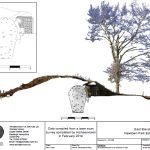 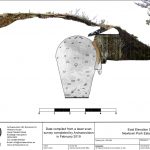 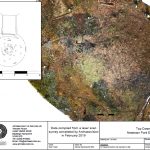 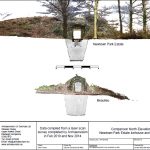 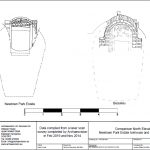 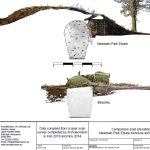 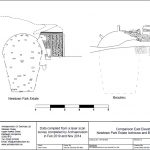 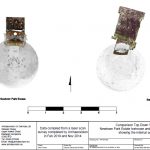 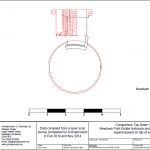 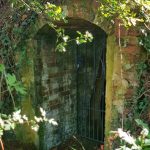 Following the work recording the Ice House at Beaulieu the New Forest National Park Authority were approached about other Ice Houses across the New Forest some of which were known and others which weren’t. One of the listed Ice Houses at Newtown Estate has been the subject of further recording and research due to the potential similarity with Beaulieu.

The Newtown Ice House is a Listed Grade II structure with the following basic information:

The Newtown Ice House is covered by a insulating mound, which is much larger than required suggesting that the earth mound was likely added to and landscaped to be used as a Victorian garden and observation point; the mound does offer some great views towards the Isle of Wight.

To try and understand more about the Ice House; it’s construction, use, adaptation if any and current state we commissioned Archaeovision to undertake a detailed laser scan of the structure. The results were a 3D model, images and some detailed CAD drawings. The results have shown that the Newtown Icehouse is in very good condition with little damage from the established tree roots (the trees have now been removed) or the animal burrows.

Though the ice houses at Beaulieu and Newtown look very similar to the eye leading to discussion on whether they might have been built at the same time by the same builder, the detailed recording has shown that there are a lot of differences.

So what is an ice house?

Brick underground ice houses can be found in the grounds of many large and not so large estates. In England, the first were constructed in the early 17th century by King James I who is credited with having one built at Greenwich in 1616. One of the earliest ice houses once existed in the grounds of the Queen’s House at Lyndhurst probably constructed before the end of the 17th century. They remained popular with wealthy landowners on their estates until the end of the 19th century when refrigeration was being introduced and ice was being produced commercially rather than being imported. Domestic refrigeration becoming more common from the 1920s onwards.

The underground chambers provided a temperature controlled environment allowing ice cut from local fresh water supplies in winter or imported ice to be stored for long periods of time. The ice house typically contains a drain at its base that would have originally allowed waste water to drain away as ice melted. In many cases ice could remain in the ice house for anything between 12 and 18 months. The ice houses could also be used to store food at the same time as the ice thus prolonging it’s shelf life. As well as preserving food, ice could also be used to create a freezing compound in the ice house by combining it with salt. Placing a container within the freezing compound allows any liquid to be frozen and was the traditional method for producing ice cream.