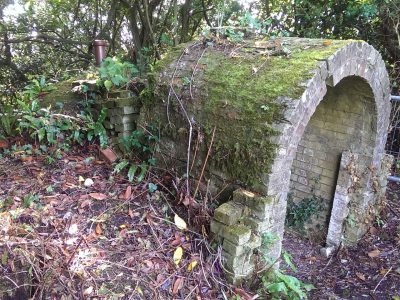 The ice house before work commenced 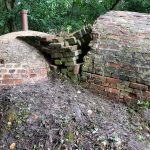 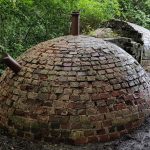 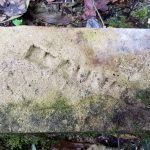 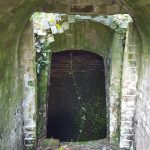 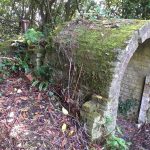 National park archaeologists are working with Beaulieu Estate to conserve and display an ice house that can be found on the estate grounds. This is one of the projects in the £4.4million Our Past Our Future heritage lottery fund scheme. As most of the structure is buried a laser scan of the ice house was commissioned creating a very detailed dataset to inform conservation work, but also provide an educational tool. You can see an animation created from the laser scanning below.

So what is an ice house?

Brick underground ice houses can be found in the grounds of many large and not so large estates. In England, the first were constructed in the early 17th century by King James I who is credited with having one built at Greenwich in 1616. One of the earliest ice houses once existed in the grounds of the Queen’s House at Lyndhurst probably constructed before the end of the 17th century. They remained popular with wealthy landowners on their estates until the end of the 19th century when refrigeration was being introduced and ice was being produced commercially rather than being imported. Domestic refrigeration becoming more common from the 1920s onwards. The Beaulieu Ice house is a late example constructed in the 1870s.

The underground chambers provided a temperature controlled environment allowing ice cut from local fresh water supplies in winter or imported ice to be stored for long periods of time. The ice house typically contains a drain at its base that would have originally allowed waste water to drain away as ice melted. In many cases ice could remain in the ice house for anything between 12 and 18 months. The ice houses could also be used to store food at the same time as the ice thus prolonging it’s shelf life. As well as preserving food, ice could also be used to create a freezing compound in the ice house by combining it with salt. Placing a container within the freezing compound allows any liquid to be frozen and was the traditional method for producing ice cream.

The ventilator at the top of the internal dome of the Beaulieu ice house visible in the 3D animation below is an unusual feature and relates to its later use. During the Second World War the ice house became an apple store that allowed apples from the adjacent orchard to be kept many months after harvesting. Storing apples requires the space to be ventilated due to the CO2 they give off that would pool in the bottom of the ice house and be lethal.

The ice house is built from both red and also yellow (Beaulieu buff) bricks stamped ‘Beaulieu’ and made at the estate brickworks at Baileys Hard on the Beaulieu River (A similar project has been working to record the surviving kiln, which you can read about here: Beaulieu Brick Kiln). It is also worth noting that the Beaulieu ice house would have been covered by soil to increase it’s insulation, the soil has been removed at some point in the past.

Volunteers have been involved with cleaning and re-pointing the ice house and listed building consent will be sought to repair the break between the dome and the tunnel entrance.

Ice House at Beaulieu
by Archaeovision
on Sketchfab

It seems that some required fields are empty or you have not agreed on licence
LOCATIONS:
Beaulieu
PERIODS:
Modern
SUBJECTS:
3D Model
Architecture
Our Past Our Future
Surviving relic
PEOPLE:
Montagu family
DATA SOURCE:
Contributions