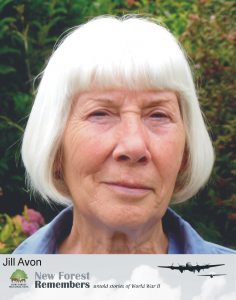 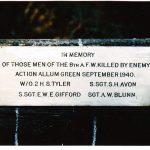 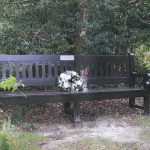 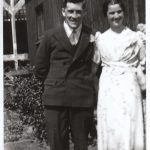 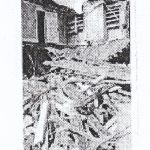 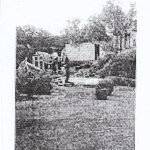 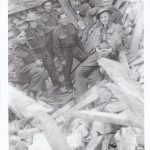 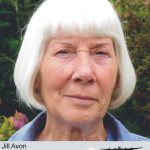 Jill’s father, Staff Sgt Stanley Henry Avon and three of his comrades, billeted at Allum Green House, near Lyndhurst, were killed in an air raid on 5 September 1940.

After returning from Dunkirk in May 1940 and being sent initially to Aldershot, the Recovery Sections of No. 8 Army Field Workshop, RAOC, were despatched to various locations around Burley, including the Village Hall and Woods Corner, then to Testwood School in Totton.  After each group was reassembled correctly, No. 2 Section was billeted at Allum Green House.  They used the Imperial Garage (now the Meridien Modena Ferrari showroom) in Lyndhurst as their work base repairing and refurbishing damaged vehicles.   No. 1 Section moved to Petersfield and No. 3 to Bishops Waltham.

At about 11.15pm on 5 September 1940 there was an air raid, during which many large bombs fell around the house  –  the craters are still visible – and one went through the roof and the upper floor, where the officers were sleeping, and detonated in the cellar which was the Sergeants’ Mess.  Jill’s father, Staff Sgt Stanley Henry Avon, and three others were killed.  They were Sgt Alfred W. Blunn, Staff Sgt Edgar W.E. Gifford and WOII (SQMS) Harry S. Tyler.

‘I was only seven weeks old, and on the evening of 5 September my father posted a letter to my mother to say he had found someone who might help find a place locally for my mother and me to come and stay in order to be near him.’
(Jill  Avon)

There are two photos of the damage to Allum Green House.  These were taken by Sgt Reg Shuker of No. 2 Section on the morning after the air raid.  Photos courtesy of Sgt Reg Shuker’s daughter Tina from Canada.

Former No. 3 Section member Wilf Briggs who was a friend of one of those killed