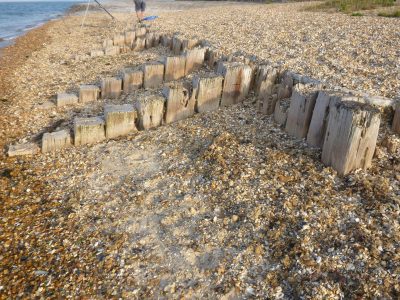 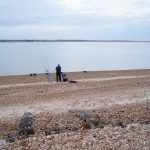 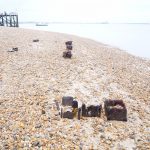 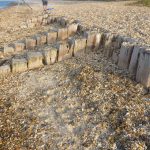 The Calshot anchorage is the best preserved structure of the former defence boom circa 1910-1914.

I have created a representation of a Boom defence using linked cables (hawsers) that stretched across Southampton Water between Calshot and Hook. The aim was to defend the port and shipping in Southampton Water from waterborne attacks. This development replaced some old ships/hulks that were anchored in a line. The original plans dated 1907 give clues as to how the boom operated which is described in the annotations.

Part one of the representation shows the six main structures, two anchorages, two piers and two dolphins. The latter however need to have their living accommodation, winches and guns added. This I hope to complete by this time next year!

Calshot to Hook Boom Defence (Part One)
by f1xer
on Sketchfab

The Calshot Anchorage is sometimes covered in shingle but this photogrammetry is representative of the site during 2018.