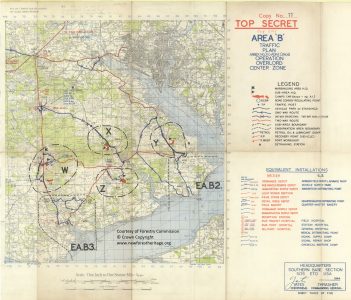 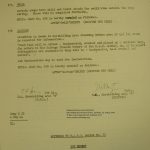 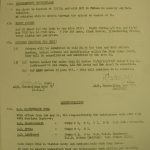 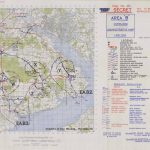 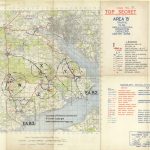 Though not officially marked on any of the Overlord maps two pencil circles on “Overlord Administrative Map 1944 – Area B, Traffic Plan” (just above EA.B2 near Lepe Country Park) show the location of this camp which was established early in May 1944.

Private Papers of S C Donnison (held at the IWM) serving with 280th Field Company, Royal Engineers (RE) reveal that there were troops from the Green Howards & the Nottingham Yeomanry also in the “transit camp” on the evening of Friday the 2nd June.

Some background information for those interested.
The 153 sappers, NCO’s & officers of 280th Fld Coy RE assault team embarked onto their allotted 6x LCT at Q2 hard which is at the western end of Stanswood Bay.

They had been training in this area for the preceding couple of weeks. That is blowing up replica beach obstacles & having them towed off with AVRE’s as was their assigned tasks for H hour.

It was 3 Platoon of 280th that embarked onto LCT’s 2412 & 2413 including Son of a Sapper’s father. The LCT’s were to transport the “Funnies” of 81st squadron 6 Assault Regt RE & flail tanks of C squadron Westminster Dragoons along with the sappers.

Their destination was Gold, King area of the Normandy beach & they took along with them two folding boats and two box carts upon each craft which contained additional PHE, rations, etc. including their rifles. Sapper 6151340 (Son of a Sapper’s father) was assign Green section of King breeching gap, either 1 or 2.

As far as Son of a Sapper is aware Saturday 3rd June was the FIRST time Sapper 6151340 had been on board ANY landing craft. There is no mention in 280th Fld Coy RE war diary for 1944 of any training involving landing craft. The Company only learnt that they were to be used in the invasion on 4 May a month before! Up to this point in time their main purpose & training was in bridge building. However, they were familiar with mines & explosives.

The assault team had 12 days training & on day 13 (21 May) took part in “a rehearsal for the assault landing”. This took place at Stanswood beach & afterwards it was deemed 280th Fld Coy RE training was completed. Landing craft were not specified in this rehearsal. They were ready to go!

It seems that some required fields are empty or you have not agreed on licence
LOCATIONS:
Lepe
PERIODS:
Modern
SUBJECTS:
Archives and Libraries
D-Day
Military
Transport
WWII
DATA SOURCE:
Contributions
New Forest Remembers