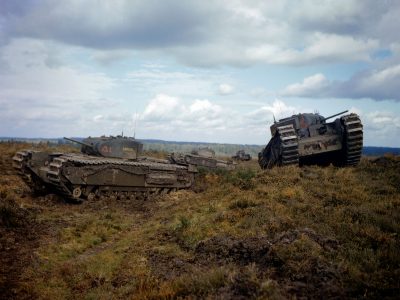 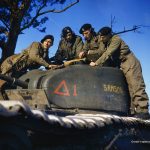 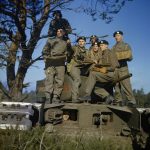 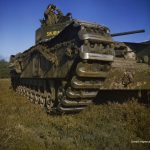 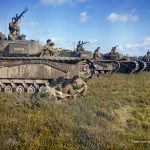 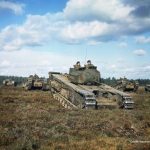 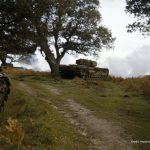 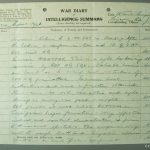 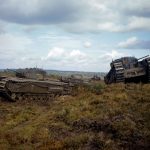 Rare colour photos taken of A and B squadron from the 43rd Battalion, Royal Tank Regiment, 33rd Brigade undertaking a training exercise in Churchill Tanks on the New Forest around Wilverley Plain and Long Slade Bottom. After discussing the operation on the tank turret the squadron leader gives instructions to the tank commanders and they move out across the New Forest heath land to complete the exercise with some live firing.

We now know more information about this event following research in the War Diaries held in the National Archives. Reports on the days parading can be found in 3 different diary entries with differing levels of information.

There are also additional sets of photos and a British Pathe Video of Churchill Tanks in the New Forest: