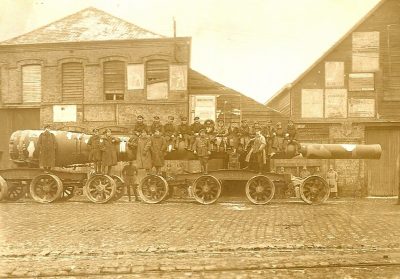 Naval gun being towed by engines 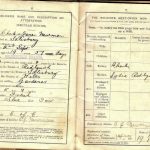 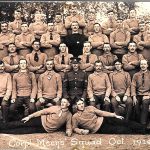 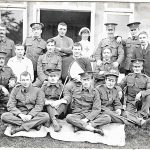 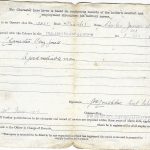 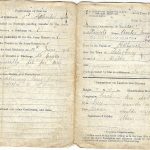 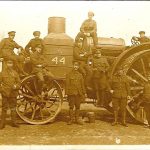 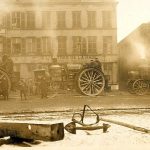 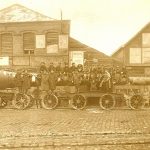 Charles James Newman was born in Redlynch to Charles and Lydia Newman. He was a broom maker, as were many members of the Newman family. He is shown on the right of the photograph, with, possibly, Alf Brown on the left. He enlisted, aged 19 years, in the Coldstream Guards on 2 September 1914 – a copy of his attestation papers are shown.

Charles served overseas before the end of 1915, and as such he received all three campaign medals that were awarded during the First World War.

The second photo of Charles would appear to be when he was in training, as it was taken a month after he enlisted.  Charles is shown second row from the back, and third from the left

A further photo of Charles is shown which would appear to be at a hospital.  Chalres is shown in the middle row, second from the left smoking a pipe.  The photo shows not only medical staff, but also a wounded man, and soldiers from various regiments.  It is interesting to note that there are no commissioned officers shown in this photo.

Charles was discharged on 30 June 1916.  A character reference and his discharge papers are shown.  It shows his reason for discharge as “no longer physically fit for war service” due to “gunshot wounds to right shoulder and right elbow”.

(Information kindly given by Juan Phillimore. Charles James Newman was her great uncle and lived at Park Gate. His daughter was Esme North.)

(Information kindly given by Juan Phillimore. Charles James Newman was her great uncle and lived at Park Gate. His daughter was Esme North.)

Albert Edward Phillimore served in the Army. He was Rod Phillimore’s grandfather and was the first full time postman in Redlynch. He lived in Sandy Lane.

The following photographs have been provided from Rod Phillimore’s family archive. They relate to Frederick Burnham who enlisted in the Royal Marine Artillery (RMA) on 29 November 1916, and was discharged on 11 July 1919 (demobilisation).  He originally lived in Salisbury and settled in Redlynch after the War.

He served with the British Expeditionary Force in France from 3 May 1917 until 10 June 1919, and was awarded the Victory and British Medals.