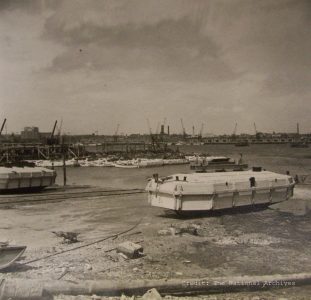 A completed 'Beetle' is ready for launching at Marchwood Military Port. WO240/2/1147 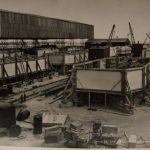 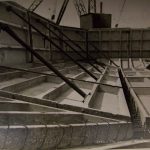 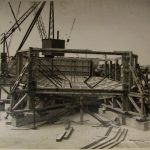 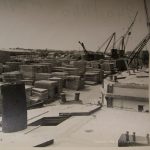 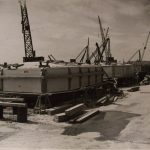 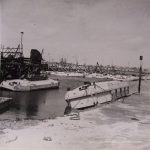 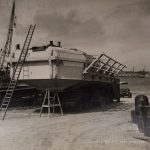 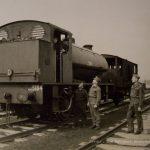 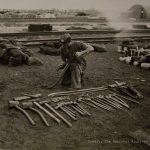 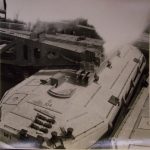 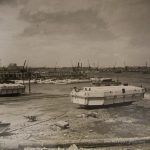 A series of photos showing the construction of ‘Beetles’ the support elements for the roadways (Whales) of Mulberry Harbour at Marchwood Military Port. All photos are credit the National Archives (WO240/2)

Marchwood, the Beaulieu River and nearby Lepe played very important roles in the construction of temporary Mulberry Harbours, which consisted of ‘Spuds’ (pier heads), ‘Whales’ (roads) and ‘Beetles’ (pontoons). These experimental units were towed across the English Channel to successfully disembark troops, machinery and supplies on the Normandy beaches circumnavigating the heavily defended French harbours. 470 Beetles were built in advance of D-Day. It would appear that there were only four construction sites, the others being London, Beaulieu River (Clobb Copse), and Southsea.

In November 1943 a new military port was built at Marchwood to specifically assist with Mulberry Harbour construction in the build up to D Day and to give extra docking space for the ever increasing number of vessels waiting in Southampton Water for the Normandy landings.

It became the base for the newly formed No. 1 Port and Inland Water Transport Repair Depot, Royal Engineers. The unit’s responsibilities included the construction of Mulberry Harbour components; particularly the floating spans made up of the ‘Whales’ roadways and ‘Beetles’ support pontoons

Wates Group Ltd. construction firm, who had been employed to build elements of Mulberry, also built a slipway and other facilities. Part of the waterfront was also roofed over so that Mulberry construction could continue in bad weather.

A large number of WWII Beetles (39)  can be still on the shore of Southampton Water between Hythe and Marchwood, where they have been scuttled to help reclaim land and act as coastal protection. It is believed that these Beetles were spares manufactured at Marchwood or Beaulieu that never made it over to France. A detailed survey and recording of the Beetles and the site history was undertaken by a student at the University of Southampton which can be read: here

You can see some of the Beetles in the following video: