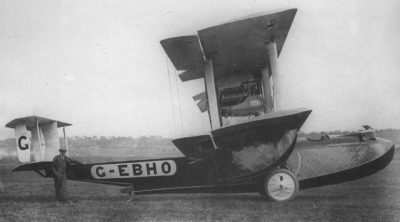 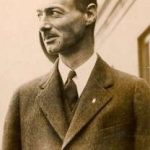 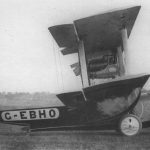 The planned flight was to cover 23,254 miles in an estimated 293 hours of flying. It was to start at Calshot on 24 March 1924 and would proceed eastward through Frances, Italy and the Mediterranean to Cairo. it would then cross India, Burma and China and continue through Japan and Russia via the Aleutian Islands to Alaska. It would then cross Canada and Newfoundland before crossing the Atlantic to Portugal, Spain, back through France to Southampton. This flight effort had the blessings of the King of England.

The flight was beset by bad weather and several mishaps; in Italy they hit some floating driftwood damaging the plane, they then had to have an unplanned stop in Greece to replace an engine and then another replacement engine in India and then a radiator replacement. The whole plane was then replaced after a crash in Akyab Harbour Burma. They were then beset by illness, but made it to Tokyo. The flight plan then took them into the uncharted Russian wilderness and lost radio contact with the watching world. Whilst near Bering Island low fog forced a sea landing which finally ended their round the world flight attempt. They survived and were able to beach their plane and were then rescued by a Russian Vessel August 4th 1924.

Title: “Good Luck and God Speed! Squadron Leader A.S. Maclaren sets out on daring attempt to fly round the World”.

Description: M/S of four men talking in a huddle. M/S of Maclaren and a woman (his wife?) piling up assorted bits of luggage, the background a small crowd are gathered beside a biplane in front of an aircraft hanger. M/S of a man passing up a camera to Maclaren in the cockpit, Maclaren fixes the camera to tripod attached to the plane. Low angled of Maclaren fiddling with the camera. M/S of the man lifting a little girl – the Squadron Leader’s daughter? – to sit next to Maclaren in the cockpit.