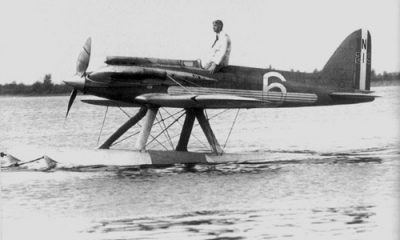 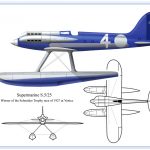 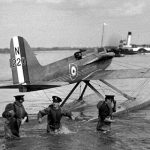 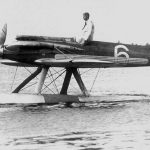 After the Italians won the Schneider Cup at Hampton Roads, America in 1926 the 1927 competition was to be hosted in Venice Italy.  After failure to compete in the 1926 competition and a realisation that the 1925 loss was partially due to technical inferiority and lack of organisation, the Air Ministry agreed to support the British Team. This support included the supply of pilots drawn from the Royal Air Force to form the High Speed Flight at the Marine Aircraft Experimental Establishment Felixstowe specifically for Schneider Cup competition. The High Speed flight was maintained until the Schneider Cup was won outright by the British.

Six aircraft, from three manufacturers, took part in the 1936 competition in Venice: a pair of Supermarine S.5s, three Gloster IVs and a single Short Crusader. The Crusader was slower than the others, and was intended for training, but crashed on 11 September 1927. The cause was later identified as a control rigging error, following re-assembly after the journey from the UK to Venice.

The Gloster IVB N223 flown by Flight Lieutenant Samuel Kinkead did not finish the race, nor did the three Italian entries

As the winning nation, the UK would host the following event.

This was the last annual competition. Subsequently, the race was held on a biannual schedule, to allow more time for development between races.

You can read more about the Schneider Cup competition and the various years in the overview article here: Schneider Trophy Overview

Title:  “To bring back the Schneider cup? Supermarine-Napier S5 and Gloster-Napier 4 – fastest machines ever built – Britain’s “hopes” for great race at Venice in September. “Good luck to “The flying bullet’s “pilots”.

Description: Racing mono-seaplane with large floats is wheeled from hanger. It is mounted on a trolley and is pushed by ground crew. It passes slowly in front of camera. Two men stand on floats and hand crank the propeller. M/S man seated in the aeroplane. The propeller turns slowly and then spins into motion. Second sequence shows biplane with floats wheeled from hangar, followed by front and side views with the engine running. Pilots in uniform pose for a photo with planes in the background, -they pilots laugh at a joke.