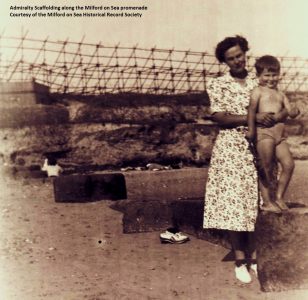 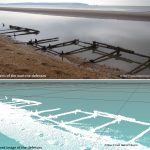 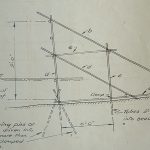 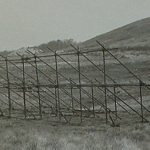 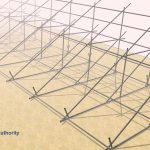 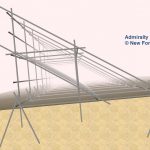 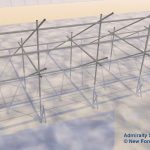 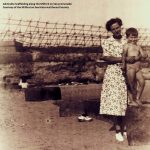 During the invasion crisis of 1940-1941 many coastal defenses were constructed on the beaches of southern England, eastern England and the south western peninsula. Admiralty Scaffolding along with other metal and concrete structures were designed to prevent and hinder any beach landing. More than 15,000 miles of tubular steel was manufactured to protect Britain’s beaches

By far the most common steel structure was designated obstacle Z.1. Admiralty scaffolding (Obstacle Z.1) or sometimes simply ‘beach scaffolding’ or ‘anti-tank scaffolding’ comprised upright tubes 9 feet (2.7 m) high and 4 feet 10 inches (1.5 m) apart, these were connected by up to four horizontal tubes. Each upright was braced by a pair of diagonal tubes, at about 45°, to the rear. 20-foot (6 m) wide sections were preassembled and then carried in to the sea and placed in position at the half tide mark as an obstacle to invading troops.

Admiralty Scaffolding
by newforestarch
on Sketchfab

This scaffolding was placed in the sea along the New Forest’s coast by the Wiltshire Regiment at the height of the war in 1940-41. Unfortunately, within two tides of being installed it had sunk into the sea bed by 16 inches.

After the war, early 1949, work to dismantle the defenses began. However, by this time they had sunk by several feet. Over the decades much of the remaining structure disappeared below the sea bed, but constant coastal erosion causes new sections to reappear each year.

“On Hordle Beach the remains consist of jagged scaffold-like structures sticking up from parts of the sea floor.”

Warning buoys have now been installed over the exposed metalwork; however more remains are being uncovered by the sea at a rapid rate.

Subject to a complete survey being conducted permission has now been granted to remove the rusted remains of this war time defense which over the years has been a hazard to beach users and swimmers.

It seems that some required fields are empty or you have not agreed on licence
LOCATIONS:
Milford on Sea
PERIODS:
Modern
SUBJECTS:
History
Maritime
Military
WWII
DATA SOURCE:
Contributions
New Forest Remembers