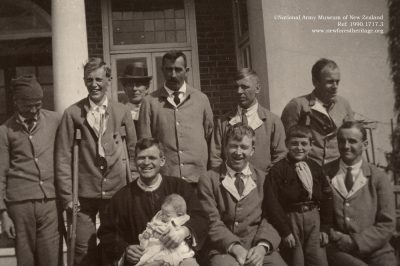 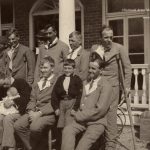 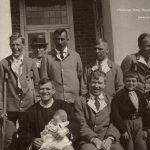 The 1st July 2016 marks the centenary of the first day of the First World War Battle of the Somme. It was fought by the armies of the British and French empires against the German Empire. It took place over 5 months between 1 July and 18 November 1916 along a 15 mile front on the upper reaches of the River Somme in France. It was the largest battle of the First World War on the Western Front; more than one million men were wounded or killed, making it one of the bloodiest battles in human history.

The first day on the Somme (1 July) saw a serious defeat for the German Second Army, which was forced out of its first position by the French Sixth Army it was also the worst day in the history of the British army, which had c. 57,470 casualties, mainly on the front between the Albert–Bapaume road and Gommecourt, where the attack was defeated and few British troops reached the German front line.

The Battle of the Somme is notable for the importance of air power and the first use of the tank.

Though there were huge numbers of causalties during the Somme offensive there were also many wounded men that survived and many of the wounded New Zealand soldiers ended up at Brockenhurst in the New Forest.

A photo album compiled by 22/318 Staff Nurse Elfrida Anne Parkinson who was based at the No.1 New Zealand General Hospital in Brockenhurst deposited with the National Army Museum of New Zealand contains two photos with the caption ‘Somme Boys’. These show a group of convalescent soldiers and children outside Balmer Lawn.

It seems that some required fields are empty or you have not agreed on licence
LOCATIONS:
Brockenhurst
PERIODS:
Modern
SUBJECTS:
Archives and Libraries
Diaries
Hospitals
Military
Photography and Film
WWI
DATA SOURCE:
Contributions
New Forest Remembers