British Restaurants were created from the Communal Feeding Centres set up by the Ministry of Food in badly bombed areas. They were officially created in 1941 and their numbers grew rapidly. On 19 April 1941 there were 246 in 129 towns. Number 1000 (Slough) opened on 23 August 1941 and by 1943 there were more than 2000. The aim was to provide a decent quality balanced meal for a reasonable price where normal food distribution has been disrupted. Many stayed open after the end of hostilities, and in 1948 there were still 114 communal restaurants in London.
When they were originally set up, various payment schemes were employed; but in June 1942 the Ministry of Food issued an instruction that all schemes for British Restaurants submitted in the future should propose the use of plastic discs as tokens of payment for meals. Authorities using paper tickets were asked to change to plastic. If a local supplier was not known, the Ministry could provide a list of firms who would supply suitable tokens.
They come in various shapes, sizes and colours; sometimes with the full name of the issuing location and sometimes only with initials. I recently acquired a yellow token with the initials N.F.R.D.C. The R.D.C is clearly Rural District Council but the only one that I can find in England or Wales that fits is New Forest Rural District Council, abolished in 1974.
Does anyone know the location of a British Restaurant in the New Forest area or even remember using it? This would help confirm the identity of N.F.R.D.C.
I have listed the currently known tokens on a web site at www.mernick.org.uk/br/
Philip Mernick 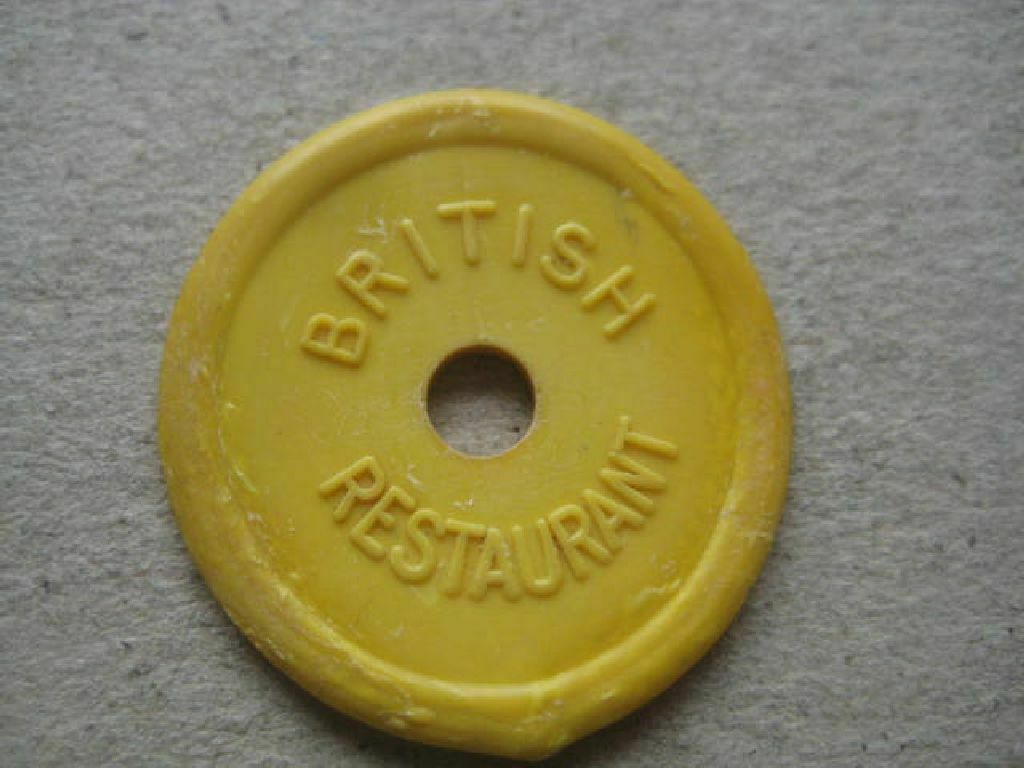 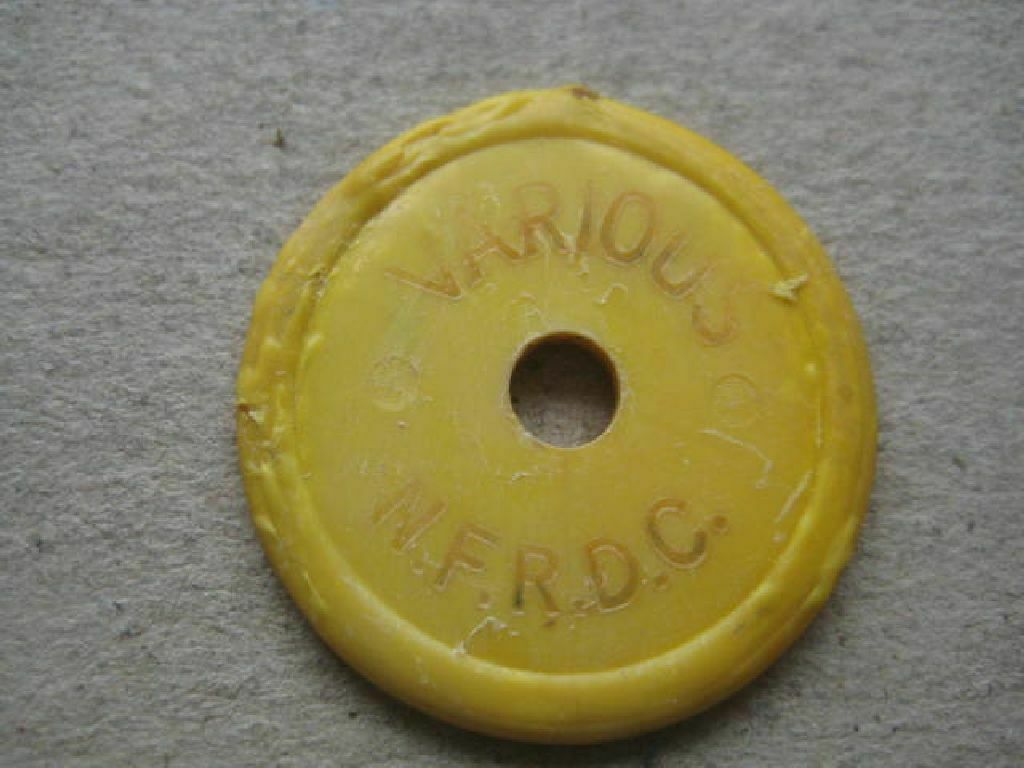