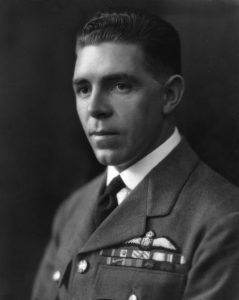 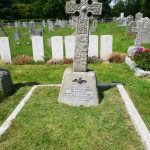 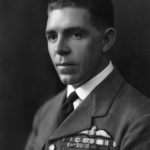 On 12 March 1928, World War I flying ace Flight Lieutenant Samuel Marcus ‘Kink’ Kinkead took off in a seaplane from RAF Calshot in the New Forest. The nation watched on as he attempted to become the first pilot to break the 300 mph barrier, but the flight was to be his last.

As Kink increased his speed and flew low across the water, tragedy struck. The plane inexplicably nosedived, and one of the Great War’s most celebrated pilots died instantly as he struck the water. You can read more about the world air speed attempt in 1928 here: For a World Air Speed Record – 1928

He was laid to rest four days later at All Saints Church in Fawley, where his grave still stands as testament to his skill and bravery.

British Pathe has film footage of this funeral at Fawley

The fatal crash was a dramatic end to an extraordinary life, which saw Kink win six decorations for securing at least 33 victories as a fighter pilot on the Western Front and against the Bolsheviks in Russia. He also excelled as a pilot in the annual seaplane race for the Schneider Trophy; at Venice in 1927 he flew at 277 mph to break the biplane seaplane world speed record.

The impact of Kink’s life was illustrated by the reaction to his death. His achievements were marked by a leader article in The Times, and by the Secretary of State for Air, Sir Samuel Hoare, who told the House of Commons that, had he lived, he might well have reached the very top of the Royal Air Force.

Julian Lewis MP, author of ‘Racing Ace’, the biography of Samuel Kinkead, said: ‘Kink was a real-life ‘Boy’s Own’ hero, venerated by his brother officers. A group of them set up a special fund to pay for his portrait in the RAF Club in London, his trophy at Cranwell and his memorial stone at All Saints, Fawley. His seaplane, designed by R J Mitchell, was a direct ancestor of the Spitfire.

‘The test pilots who flew such machines were the astronauts of their day, and it is right that their bravery should always be remembered.’