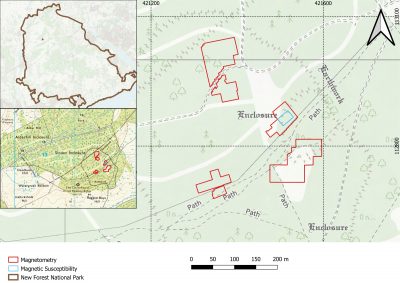 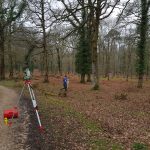 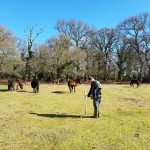 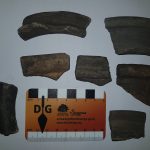 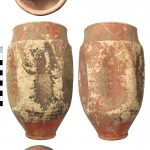 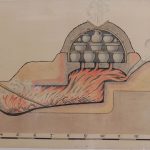 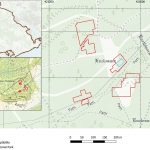 In March 2019, a geophysical survey was undertaken at Sloden Inclosure by Bournemouth University student, Jack Brown, with the supervision from the New Forest National Park Authority (NFNPA) archaeologists, James Brown and Lawrence Shaw, and some very much appreciated help from their volunteers. The survey was a training project as part of my yearlong placement at the NFNPA as well as it being a chance to learn more about the history in the New Forest. Two techniques were used; magnetometry and magnetic susceptibility.

The survey encompassed four areas totalling 2.025 hectares. The results of the survey identified known archaeology sites as well as potential new archaeological anomalies in these areas.

The archaeology anomalies were six of the nine known scheduled Romano British pottery kilns, a suggested Iron Age Hillfort and Post-Medieval enclosure. The kilns were excavated by Heywood Sumner in the 1920s and Vivian Swan in the 1960s.

The magnetometry survey revealed that the six kilns were not accurately located within their scheduling.

Some modern disturbances were recorded, and it is most likely that they link to the modern forestry activity.

The aims of the survey were: