1993.1214 Convalescent soldiers out for a drive by horse and cart near Brockenhurst. George Garlick is seated beside the driver. The lady is Mrs Sladen but the rest of the soldiers are unidentified. The soldier on the right of Mrs Sladen is a member of th 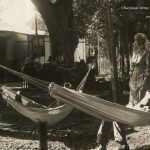 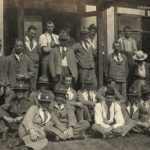 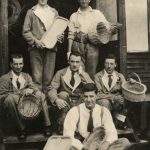 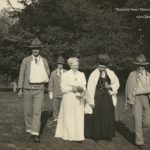 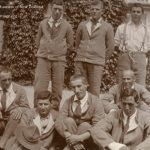 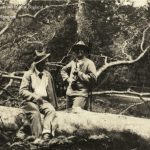 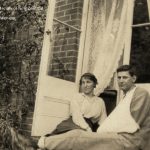 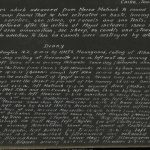 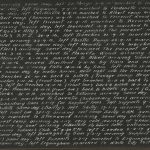 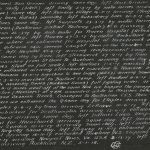 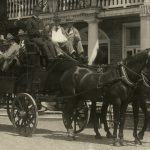 Newly uncovered photos and a diary of an injured New Zealand soldier are giving a personal insight into the role of the New Forest in World War I.

It includes his personal account of convalescing at the No.1 New Zealand General Hospital in Brockenhurst, having journeyed from New Zealand by troopship to Egypt, then on to France and Belgium.

Hospitals, industry, camps and training areas took over the Forest during the Great War of 1914 to 1918 and had a significant impact on local residents.

Rifleman Garlick’s time in the Forest began when he was transferred to Brockenhurst on 12 June 1917 by boat and train after being wounded whilst in action at Messines, Belgium. He was part of the initial assault at 3.10am on 7 June when ‘mines went off at the same time we hopped the parapet’, and was eventually wounded between the railway line and Oxonion Trench while still in Messines.

Once he arrived in the New Forest, Garlick’s photos show a relaxed pace of life for him and other injured New Zealand troops. This included regular visits to woodland near Sway organised by a local woman called Mrs Sladen, tea parties at her house and a trip from Balmer Lawn, Brockenhurst, by horse and cart.

The photos also show servicemen relaxing in hammocks in the Kia Ora Club, which was the hospital social club located on Brookley Road, Brockenhurst. Garlick is shown with his arm in a sling, with other photos showing him at the basket making school at the hospital as part of his rehabilitation.

WWI project officer Gareth Owen said: ‘The online documents and photographs held by the New Zealand National Army Museum give a real insight into the care and treatment given to the New Zealand troops at the hospital at Brockenhurst.

‘Rifleman Garlick’s photos and diary are one of the few accounts directly linking the New Forest to the theatre of war in Europe and we are very thankful to the museum for allowing us to add this information to our online interactive archive.’

25.4.17: Left Hazebrouck Hospital after recovering from Urticaria skin disease (hives) in the trenches at Hill 63 Ploegstreet. Arrvied at reinforcement camp Steenwerck by train

7.6.17: at 3:10am mines went off at the same time we hopped the parapet taking our objective (Messines) at 7am. Wounded while in Messines between heavy railway and Oxonion Trench. Conveyed to Australian CCS then to Steen-Werck where we entrained the same day for Etaples arriving 8.6.17

11.6.17: Left LeHarve and embarked for Southampton