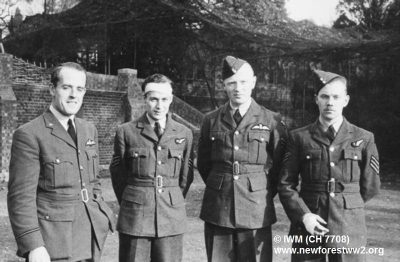 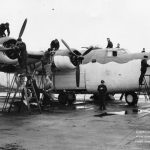 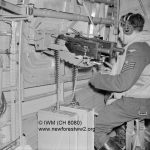 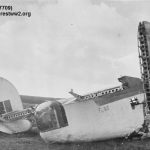 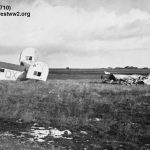 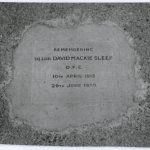 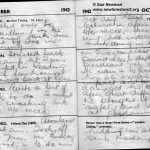 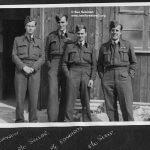 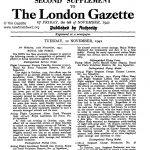 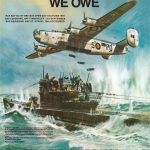 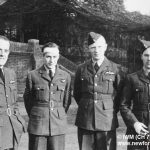 Number 224 Squadron RAF began operating from Beaulieu in early September 1942 flying Liberator MK 2 & 3 aircraft for 19 Group of Coastal Command. They made 15 hour long patrols over the Eastern Atlantic and Bay of Biscay supporting the many convoys moving to North Africa and on anti-submarine patrols.

On 20 October 1942 Liberator ‘H’ piloted by Flying Officer (F/O) Sleep made the first Beaulieu kill of a German U-Boat whilst returning home southwest of Ireland.

At the end of a long uneventful patrol F/O David Sleep flying Liberator III FL910/H suddenly came upon U-216 on the surface. F/O Sleep went straight into the attack at a height of only 30ft with six depth charges.  He scored direct hits on the U-Boat and bits flew in the air confirming a sinking with all hands.

Unfortunately the explosions also damaged to the tail section of the Liberator with the tail gunner looking on as both elevators were destroyed around him by debris and casing fragments thrown up by the exploding depth charges. The aircraft suddenly went into an almost vertical climb which could only be corrected by the two pilots F/O Sleep, Sgt (Sergeant) Patterson fighting with the control column. It became necessary to jettison all heavy equipment including the remaining bombs.

The other crew members started throwing out all heavy equipment they could from the rear of the aircraft before moving to the front. Flight Sergeant Lenson performed the task of releasing the bombs. Over the still open bomb doors he worked on the narrow and extremely slippery catwalk in order to release the bombs. To gain a firm grip he was forced to remove his boots and socks before finally releasing the bombs after a one and a half hour struggle.

For 2 hours and 40 minutes the crew battled with the badly damaged plane to keep it in the air, but they sadly didn’t make it back to RAF Beaulieu. That night they did make it to Predanneck airfield in Cornwall and with great skill F/O Sleep executed an emergency crash-landing, however on impact the aircraft caught fire. An injured crew member, the navigator, was trapped in the now burning aircraft. Flight Sgt Lenson with no regard for his own safety succeeded in extricating his injured comrade. Thankfully all crew members escaped with relatively minor injuries. The worst injury sustained was Sgt Rose with his broken leg.

There are no photographs of the mission or the attack but a painting by Wilf Hardy used on a poster in 1978 shows a similar attack that took place in September 1944. It dramatically illustrates the skill and daring of these brave crews. Thanks to the RAF Museum for allowing us to use this image.

Another airman from a different crew Flight Lieutenant Joe Hurst (Walter Joseph Hurst) (wireless operations/rear gunner) was also stationed at Beaulieu with 224 Squadron (24 November 1941 to 10 Nov’ 42) and became good friends with F/O Sleep.  He wrote in his person diary:

Friday, 23rd October. On Tuesday last David Sleep did a brilliant job of work. He saw a U-boat and his dc exploded on impact and badly damaged his ac. After great difficulty he brought it back safely and landed at Predannack.

From Joe’s archive we also have another photo of F/O David Sleep and Flight Sgt Ronald Johnson possibly outside one of the buildings at RAF Beaulieu. Thanks to Sue Newman Joe’s daughter for contributing Joe’s story and archive.

Following David Sleeps death in 1989 his ashes were scattered on Beaulieu Airfield and his relatives had this plaque put into part of the remaining runway now used for model aircraft flying.