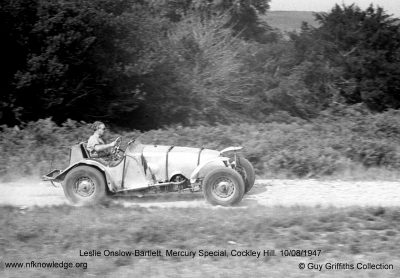 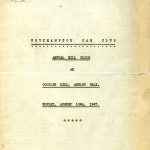 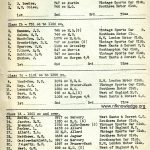 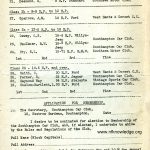 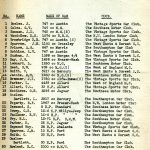 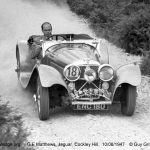 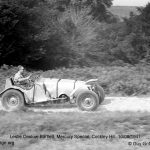 The New Forest Community Archaeologist was re-contact by Mr Davis the other day:

“Four to five years ago I had some correspondence with the New Forest Community Archaeologist regarding a (motor) hill climb in the early post WW2 years organised by Southampton Car Club. Unfortunately my efforts to find more information petered out. However, I recently acquired a book “Motorsport Explorer” giving details of all current & historic motor sport venues in the UK including Cockley Hill.” Mr Davis

The book Mr Davis talks about gives the following description of one of the hill climb held at Cockley Hill:

“The hill was 590yd (539m) of winding, loose-covered gravel set among trees. the route over the Downs to an RAF site, which at the time contained quantities of unused, unexploded bombs. On 12 May 1946 the Southampton Motor Club organised their first speed event on this dusty hill. Facilities were primitive and timing was rudimentary, but the natural banks provided the well-behaved spectators with a good view of the course.

The meeting, confined to touring and saloon cars, was efficiently organised with all entries having three runs, the individual runs to count towards an aggregate award. Ken Hutchison, driving the pre-war prototype Allard (CLK5), set BTD in 29.8sec. The second event was held the following year in May 1947. Leslie Allard set BTD in the special sports Allard (HLF 60I), with 28.6sec.” (Hunt, 2012)

We got in touch with the Guy Griffiths Collection and they very kindly provided a couple of photographs and the 1947 event program, which shows the second event took place on 10 Aug (not May) 1947.

It seems that some required fields are empty or you have not agreed on licence
LOCATIONS:
Godshill
PERIODS:
Modern
SUBJECTS:
History
DATA SOURCE:
Contributions