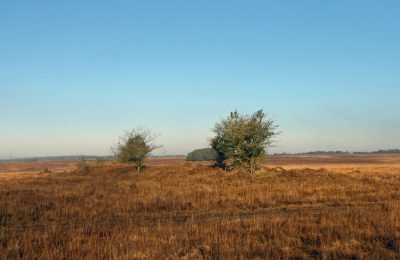 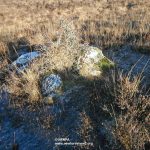 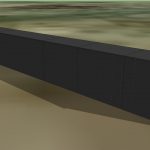 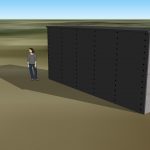 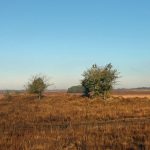 The wall was initially used for testing the Highball bouncing bomb. Two of these could be carried and deployed by a single De Havilland Mosquito aircraft. These bombs (technically mines, as it is the increase in water pressure as the mine sinks that sets off the fuse) were designed to be used against large ships. The Mosquito would approach at high speed and low altitude, aiming for the side of the ship, before dropping the mine. It would bounce on the water’s surface before hitting the hull of the ship and then sinking.

Ashley Walk was not the first choice for the tests but due to bad weather over the water of the other test sites Ashley became a good stand-in. The trials were filmed and this Top Secret footage still survives today. The full film footage of these trials is held at the Imperial War Museum but a short film has been edited by the project team can be found below.

In August 1943 the No 3 wall was extended in length by 90’ (27.4m) to allow testing of the “Upkeep” bouncing bomb. This is the bomb that was used during the famous Dam-Busters Raid which took place in May 1943. Specially modified Avro Lancasters were used to carry the Upkeep bomb. It is interesting to note that though it is generally considered that the Upkeep bomb was not used after the Dam Raid. It would appear that tests were carried out at Ashley Walk after the dam raids to see if the Upkeep bomb could be adapted to breach beach sea wall defences in France with D-Day approaching.

The target now survives as a long low mound of earth and debris. It is also possible to find areas of concrete in the vicinity of the target that are the remains of the concrete ballast used instead of explosive material in the Highball bouncing bombs during testing.