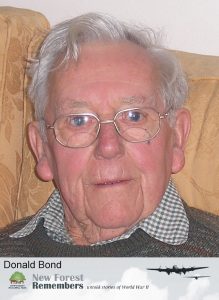 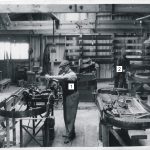 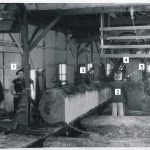 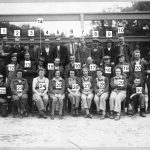 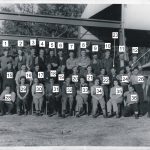 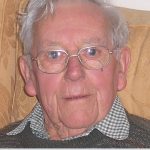 Donald Bond was born in 1928 in Lyndhurst. He recalls being at school during the early years of the war, rationing, evacuees and air raids. He went on to work at Denny Saw Mill, now a camp site. Denny sawmill operated during the Second World War and is said to have been the only one in the Forest capable of dealing with large diameter timber. We have numbered the people in the photos and added some of their names. Click on the photo’s ‘More Details’ to see who we know already. If you can add any more detail about them please add your comments.You can see some more Denny Sawmill photos here: Denny Sawmill Photos

Names:
Here are the names of those people we have managed to identify in the two group photos. Can you help name any more?