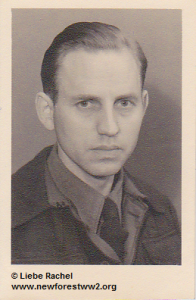 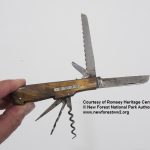 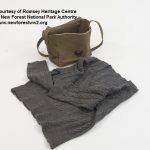 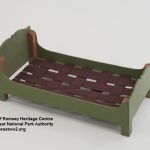 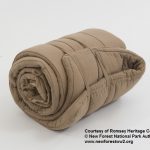 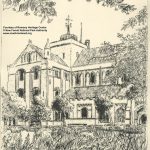 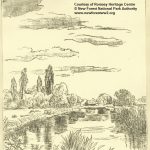 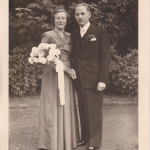 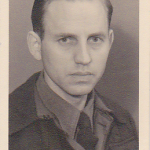 The moment the War was over and the German POW’s in Romsey were permitted to leave the camp on Winchester Hill, Mr George Ford-Smith of 19, The Abbey, a Quaker who adhered to the principle of reconciliation, began inviting a number of them to his home.

Heinz Mücke was born in Silesia in 1913. In his profession as a Teacher of English he was obliged to become a member of the National Socialist party and was a small-time member of the S. A. (Storm Troops). He was called up in 1943, serving first on the Russian Front. In the autumn of 1944 he was transferred to the Western Front, where he was wounded in northern France and subsequently captured by the Americans. Having been shipped to a POW camp in the States, he was transferred to Britain, en route to repatriation to Germany, in 1946 later joining the POW orchestra set up by Canon Corban who did a lot for the POWs. He became a frequent visitor to No.19, The Abbey.

When he was repatriated in 1948 his sole possessions were his worn out Wehrmacht tunic and a small green Wehrmacht bread bag. Aware of this Mr & Mrs Ford-Smith kitted him out with a few basic items including a grey pullover knitted by the kind lady and a sleeping bag. He was unloaded onto the Marktplatz in Düsseldorf where he was luckily spotted by Elsa and taken into the family.  He later married the younger sister Lilly, a music teacher.  Heinz himself taught English at a local school. Following a visit 40 years later, he returned these items to the family. They must have meant a great deal to him having kept them all that time.

He made an interesting comment on one occasion, the POW Camp in the states was spotlessly clean but the regime was one of extreme brutality. At Winchester Hill the camp was extremely filthy: but much more important to him was that the camp guards were humane, even friendly. The story has an ironic sequel: a week or two after his repatriation there was a currency reform in Germany that ended all rationing. Within two months Heinz was sending ‘care’ parcels of all kinds to No. 19, where rationing continued until 1956.

Heinz Mücke and Lilly had no children and Heinz died in 2009.

The drawings are from a 12 pages sketch book and believed to be the work of German POW at Ganger POW camp, Romsey. The book was passed on to Heinz Mücke.

These items have been donated to the Heritage Centre by Axel Fuecks, Grandson of the Ford-Smiths, to remember those who devoted their lives to building bridges between peoples embattled by years of bitter warfare.

It seems that some required fields are empty or you have not agreed on licence
PERIODS:
Modern
SUBJECTS:
Diaries
Illustrations
Military
People
WWII
DATA SOURCE:
Contributions
New Forest Remembers