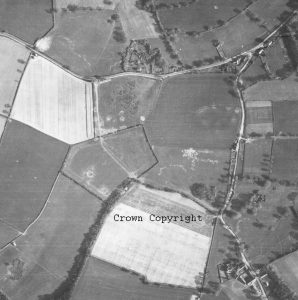 A 1946 RAF aerial of the Bunkers Hill Anti Aircraft site. Both bomb craters are still visible and the locations of the guns and ancillary areas. Image is Crown Copyright 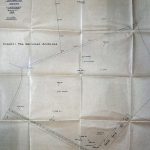 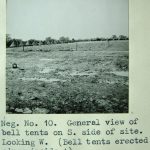 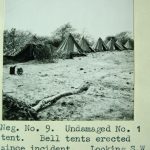 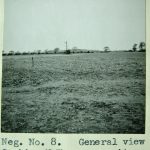 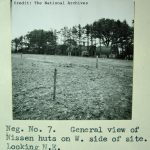 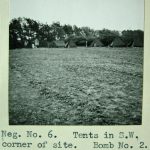 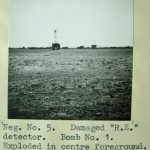 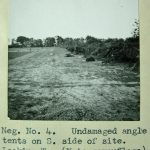 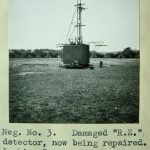 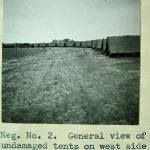 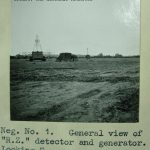 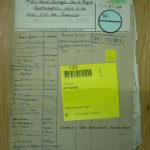 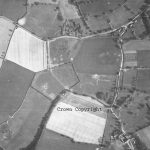 It is reported that two High Explosive Bombs fell on a Gun Site causing 3 fatal casualties and 13 injured. Further information is required covering this incident with particular attention to the following points

1.    A plot to a large scale showing: a) position of the guns, firing equipment, and ready ammunition stocks b) Position of the bombs C) Positions of all personnel exposed to risk at the time of the incident, indicating those killed, seriously injured, slightly injured and uninjured.
2.    Full details of the damage to the guns, firing equipment and ammunition
3.    Brief description of any damaged buildings, etc.
4.    Photographs, as may be possible and helpful to the description
5.    The securing of fragments of the bomb is of importance and any collected should be forwarded to Prince Bisborough (R.E.9)

Damage: No damage was caused to any of the guns or ammunition. The only equipment damaged was 2 panels blown out at rear of ‘RX’ detector, and aerials damaged. This is situated 114 feet North of No.1 bomb. Damage to buildings was very slight, caused chiefly by blast and falling clay.
1.    Nissen Hut, 19’x17’. Used as cookhouse; 2 corrugated sheets dented by debris and 3 panes of glazing cracked
2.    Nissen Hut, 24’x31’. Men’s Mess; 4 corrugated sheets slightly moved by blast, 6 planes of glazing cracked
3.    Nissen Hut, 19×17’. Seargeant’s Mess; 4 corrugated sheets slightly moved by blast. All situated on West side of site
4.    18 Angle Tents. 14’x14’ of a row of 27 tents situated on South side of site were damaged by falling clay. In these tents the casualties occurred.

General: The site is operated by the 355th Battery 111th H.A.A Regiment, composed of eight 3.7 A.A guns and all usual equipment; each gun carries 200 rounds of ammunition which is stored in gun pit. Gun pits are dug in with a breastwork of sand-bags and earth; surroundings are well camouflaged. The tents are well camouflaged and erected along hedgerow. Nissen huts are in a small coppice. The site is under the command of Major Brett.

The log then goes on then to look at assessing the bomb fragments and various reports to confirm that they were 500Kg bombs. It also contains maps and photos which can be seen above.

The 1946 RAF aerial image shows the site post war. It is possible to see the field which held the guns adjoining the lighter field to the top left of the photo. Both bomb craters are also still visible in the photo as large scars, as well as the various tracks and areas where the tents would have stood. The aerial view gives a better idea of scale on the craters and shows how lucky most of the men stationed at this site were.

HO192 Records in the National Archives cover the following:

These papers deal with observation of and research into allied and enemy bombs, bombing methods and effects, fire prevention and air raid damage both in the United Kingdom and in enemy occupied territories. The papers were registered in RE, RE/B, RE/F, RE/H, RE/O and RE/U series and comprise correspondence and related papers, technical reports and assessments, and surveys of air raid damage to towns and to various categories of domestic buildings, industrial and transport undertakings, and shelters, together with related maps, plans and photographs. The series also contains minutes and papers of the War Damage (Earth Movements) Main Committee and the Air Ministry Incendiary Panel.