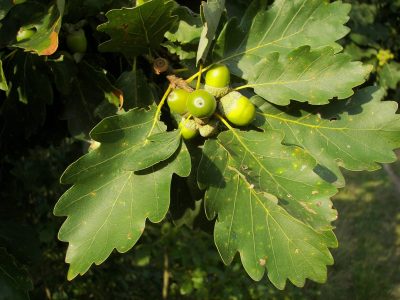 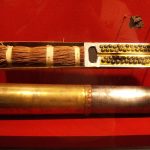 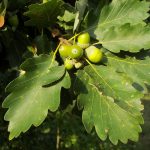 “The children of Lyndhurst , Minstead, Emery Down and Bartley between them sent 17 cwt. 23 lbs. of horse chestnuts for munition making.  Sir Louis Dane allowed his stables to be used to spread them out for drying, to prevent them heating.  Acorns had also been collected in response to an appeal from the Admiralty but this was less successful as only Lyndhurst and Emery Down had responded to the appeal.  They collected and sent 26 bushels and Sir Louis Dane again lent his stables for spreading, turning and drying the acorns.”  NFM January 1918 – Lyndhurst.

During WWI vast quantities of explosives were needed and cordite was produced in factories across the UK to meet these demands. Cordite is a family of smokeless propellants developed and produced in the United Kingdom since 1889 to replace gunpowder as a military propellant. It is made from nitrocellulose, nitroglycerine, and petroleum jelly.

Acetone (an organic solvent) was used in large amounts in the manufacture of cordite by assisting in the incorporation of nitroglycerine with guncotton and the other minor additives.

Chaim Weizmann of Manchester University discovered how to produce acetone, an essential ingredient, from various natural sources including maize from the U.S.A. But by 1917 German U-Boats were taking a heavy toll of shipping and a ‘home’ alternative had to be found.
In 1917 the government sent notices to schools announcing that “receiving depots are being opened in most districts….This collection is invaluable war work and is very urgent.”

The search was successful and a source was found in horse-chestnuts and acorns, which gave school children all over the Country an opportunity to make a contribution to the war effort, by collecting many tons from the countryside.

The chestnuts and acorns were sent secretly to factories at Holton Heath and King’s Lynn. The Dorset factory produced cordite for the Royal Navy, which was transported by barge from Poole Harbour to Priddy’s Hard in Gosport.

It seems that some required fields are empty or you have not agreed on licence
LOCATIONS:
Lyndhurst
PERIODS:
Modern
SUBJECTS:
Forestry
Military
People
WWI
DATA SOURCE:
Contributions
New Forest Remembers