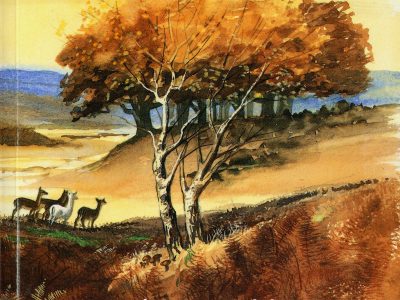 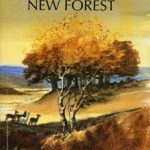 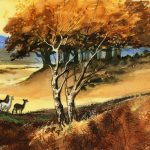 The New Forest by Colin Tubbs is fully entitled The New Forest, History, Ecology & Conservation and was published posthumously by the New Forest Ninth Centenary Trust in 2001 after the manuscript had been finished by his widow Jennifer.  Colin had died in October 1997.

It is a masterly bringing together of all aspects of the New Forest in relation to the habitats and wildlife it contains.  Colin fully understood the complex relationships between these features and they are covered in generous detail throughout the pages of this volume.

The book is, in reality, a re-written and updated version of two other books by Colin Tubbs.  These were The New Forest: An Ecological History published by David & Charles in 1968 and The New Forest: A Natural History published by Collins in 1986, both as a soft-back and also as a hard-back in the highly regarded New Naturalist Series.  The latter version has proved very popular amongst collectors and interested persons alike and many of the soft-back issues were retained and rebound as hard-backs.

Despite Colin’s training as an ecologist he also recognised and thoroughly understood the archaeological and historical background to the Forest and, therefore, the changes in management regimes and other factors which have remained more or less constant; indeed, a large proportion of the book considers this background as the Forest is a rare survival of a once common pastoral landscape.

The chapters concerning wildlife are based around habitat types, but never far away is reference to how these relate to the other habitats which form the Forest mosaic.  Individual species are considered in relation to these habitats and how they utilise and shape the environment in which they live is explained.  There is emphasis on species which indicate the importance of the Forest or explain certain ecological principles.

All in all, the book demonstrates why the Forest is such a rare survival in lowland Europe today and therefore why it is so rich in rare wildlife today.