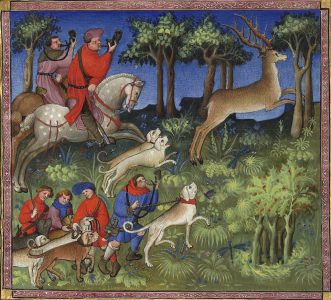 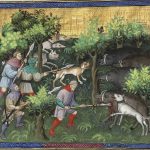 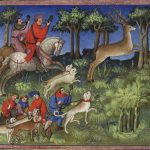 The Magna Carta or ‘Great Charter’ gained its name in 1217 to distinguish it from the ‘Carta de Foresta’ when they were both issued in the latter half of 1217 on behalf of the nine year old king Henry III.

We are marking the anniversary of the Charter of the Forest because this was the starting point for some fundamental rights that still underpin the modern New Forest.

To tell the story of the Charter we need to return to that famous year 1066, which began with the death of the English king, Edward the Confessor, and set off a chain of events that led to the battle of Hastings, a new king and in around 1079 the establishment of the ‘Nova foresta’ or New Forest as the first royal hunting ground by the new Norman king, William the Conqueror.

This establishing of Forest Law on the area must have had a profound impact on the people already living here. The term ‘forest’ in this historical setting would be better understood to refer to ‘outside’ or ‘open space’ rather than the modern understanding of an area with a lot of trees.

Forest law preserved deer and wild boar for hunting by the king, together with the greenery that sustained them. It imposed stringent restrictions on what local people could do on their own land. Inhabitants, tenants and landowners were not allowed to protect their crops by fencing, they could not use the timber from the woodland for building houses and they were not allowed to hunt game to provide food for their families. As the ‘underwood’ was also protected they also faced a severe restriction on the the fuel they could collect. Breaking these laws could result in penalties, monetary fines, loss of limb, imprisonment or in some cases death.

Between 1207 and 1212 under King John, revenue totalling a staggering £11,500 (approx. £3 billion today) was assessed from fines or payments for exemptions. Clearly Forest law was providing a major contribution to Royal finances.

These forest laws fostered resentment for many in the local population, as the local inhabitants were restricted in how they could use the land they had previously relied upon for their livelihoods.

In 1217 the Charter of the Forest was issued and addressed the rights of ‘ordinary people’, meaning those of ‘free men’ status and above. It established forest lands as commons, restored many of the traditional rights of the people and restrained landowners from inflicting harsh punishments on them. It removed some land from Forest Law completely and returned it to how it had once been. The charter made the penalties for breaking Forest Law less draconian (you might be fined or imprisoned but would no longer lose life, limb or eyesight).

Free men were now less restricted in how they could make use of the forest. They now enjoyed such rights as:

The enforcement of the remaining forest laws was also better defined. The Court of ‘Swainmote’ was to be held only three times a year. This was a court held before the Verderers of the Forest to rule on disputes.

By Tudor times, most of the Laws of Forests had ceased to be relevant, and served mainly to protect the timber in royal forests. However, some clauses in the Laws of Forests remained in force until the 1970s, and the special courts still exist today in the New Forest (below) and the Forest of Dean.

Despite these events taking place 800 years ago, some of the lasting legacies of Forest Law can still be seen today.

The New Forest is still here, a protected landscape not for royal hunting but still recognised for special qualities like its unique landscape and habitats. The legacy of the Charter of the Forest still exist in commoners making use of the New Forest to graze livestock, our freedom to travel through the New Forest without being fined and to walk our dogs, of any size ‘with all their claws’.

This little known charter was revolutionary in showing that the King was not above the law and restoring common property rights which paved the way for the modern concept of ownership. It was also the first written environmental law, to protect the environment and provide for sustainable land use by local communities.

If you live in the New Forest or further afield, you have the Forest Charter to thank for rights that nowadays we all take for granted.

Medieval hunting scene images:
Pages from “Gaston Phoebus: Le Livre de la Chasse
Courtesy of the Bibliothèque nationale de France (National Library of France)
The Livre de la Chasse is a medieval book (a manual) all about royal hunting, written between 1387 and 1391 by Gaston III, Count of Foix and dedicated to Philip the Bold, Duke of Burgundy.

It seems that some required fields are empty or you have not agreed on licence
PERIODS:
Medieval
SUBJECTS:
Animals
Commoning
Forestry
History
Monarchy
Verderers
DATA SOURCE:
Contributions