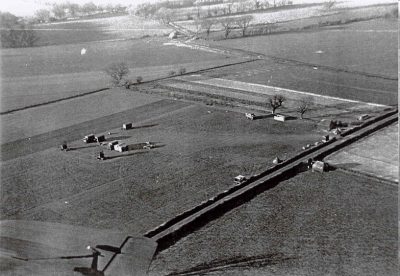 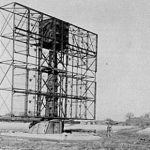 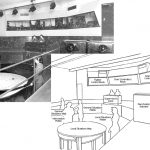 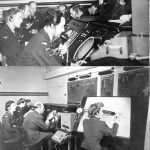 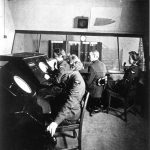 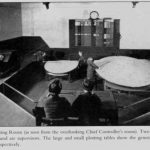 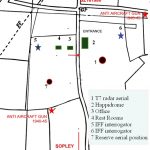 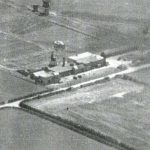 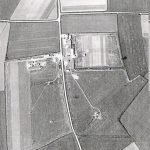 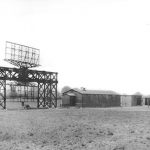 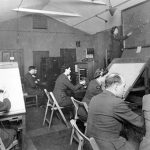 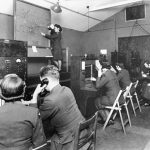 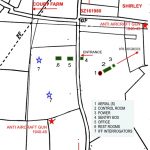 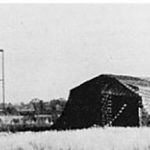 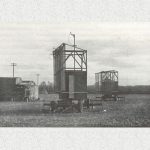 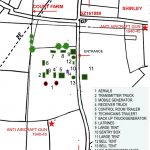 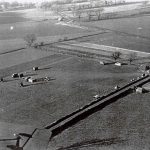 During the summer of 1940 one deficiency in Britain’s early warning radar (Chain Home) was identified, in that the Chain Home stations provided a curtain of radar surveillance out from the coast but no overland cover. In addition, interceptions were achieved by placing allied fighter formations in visual contact with incoming enemy formations. What was required was cover over the land and the ability to accurately position fighters in very close proximity to an enemy aircraft by day or by night.

A new radar system, the Type 8, was developed by scientists at the Telecommunications Research Establishment located at Worth Matravers in Dorset, and that system was hosted on modified mobile army gunnery radar equipment and vehicles. The modification was carried out by the Air Defence Experimental Establishment located on the edge if Christchurch Airfield then in Hampshire. The ADEE included within its structure the Army Radar Unit. The new radar system was called Ground Controlled Interception or GCI, could be located inland and provided surveillance through 360 degrees, albeit the radar aerials were rotated round manually using a system of chains, gears and pedals. The first prototype was tested in late 1940 at Durrington near Worthing, successfully carrying out practice interceptions. The success of the prototype led to an order for six operational mobile GCI systems, three to be built at the ADEE and three at the RAE. The first unit rolled out of the gates of ADEE on Christmas Day 1940 and rolled just six miles up the road to a field on the outskirts of the village of Sopley in the Avon Valley. The new RAF Sopley was soon operational using the callsign Starlight. The station was truly mobile. The generators, transmitters and receivers were mounted in trucks, the operations room was in a wheeled Brockhurst trailer, even the aerials were mounted on wheeled chassis. The transmitter and receiver each had its own generator and aerial. The aerials were operated in a master and slave relationship using internal indicators that allowed the slave rotating team to synchronise their aerial’s direction and rate of rotation with the master aerial. Because of its proximity to both TRE and ADEE, Sopley tended to be used as the GCI development unit.

During the second world war, RAF Sopley underwent three phases of development (it continued in use post war as a GCI, fighter interception and air traffic control radar unit until 1974). The first wartime phase was the mobile station described, able to move in a matter of hours. This radar had a range of about 80 miles (130 Kms). In addition to its main primary radar system it had a limited height finding capability and an IFF (Interrogation friend or foe) interrogation system. A ground station could ask a transceiver (transponder) in an aircraft to transmit a code which was already known to the ground station, thus identifying the aircraft as friendly when the code was received one the ground. The first radar had just one control position and could therefore carry out just one interception at a time. It was however accurate enough that a single intercepting aircraft could be “vectored” to within a mile or so (2km) of its target.

In its second phase of development, Sopley became a transportable station, moveable within a few days not hours. A wooden operations room was built partly recessed into the ground and the radar aerial rotation was now powered and mounted on a wooden gantry. The new operations room now supported two controllers carrying out simultaneous interceptions.

Finally the station entered its third and final wartime stage, as a permanent station. A new large concrete and brick operations block was built, with a recessed operations floor. New radars were introduced; a Type 7 surveillance radar and a mobile type 11 radar for standby use. In addition new height finding radars appeared around the edge of the radar compound. Multiple simultaneous interceptions could be supported and co-ordination with local anti-aircraft units and searchlights units could be achieved through resident liaison officers within the operations room.

Much of Sopley’s work was with allied night fighters, with British, Commonwealth and American squadrons some of whom were based close by at RAF Hurn. RAF Sopley was visited by many allied VIPs during the war, including the King who first visited night fighter squadrons at RAF Middle Wallop and who then travelled on to Starlight to see the night fighter/GCI operation that night.