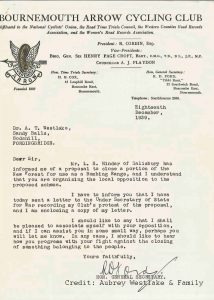 Letter from Bournemouth Cycling Club supporting Godshill Defence Committee against the closure of the B3078 (18.12.39) 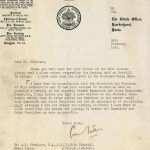 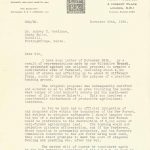 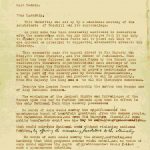 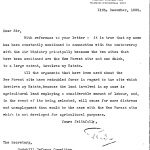 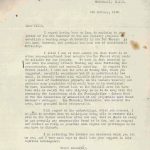 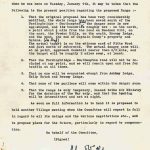 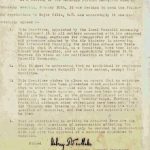 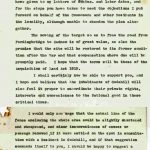 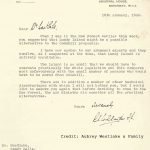 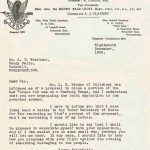 The following extracts are taken from chapter 21 of Aubrey Westlake’s; ‘A story of Godshill’ and is illustrated here with copies of some of the original letters and documents from the period.

In November 1939 there was a rumour, later confirmed, that the Government was proposing to take a large area of the New Forest in the north west, called Ashley Walk for a bombing range where all types of existing and experimental bombs could be tested. This would mean the enclosure in high wire fence of a very large area of grazing, in fact 5000 acres, thus taking away the grazing rights as well as other rights of the Commoners. In addition it proposed the closure of the main road B3078 stopping all traffic between Godshill and Cadnam. Immediately great opposition was voiced in and around Godshill, following a public meeting in the village hall on the 6th December unanimous opposition was registered, a resolution was passed and so began a campaign of letter writing and attempts to find a different location.

Some of the letters can be read above, including correspondance with Lord Radnor who owned land in Salisbury, which was intially considered for a range, but dropped as it would result in the loss of important agricultural land required for the war effort.

The sequel is very interesting considering we were such a very small and insignificant community. The story is, with what truth I do not know, that a day or two later the Minister of Air – Sir Kingsley Wood met the M.P. for the New Forest – Major J.D. Mills and mentioned that he had had passed on to him a resolution from some obscure village called Godshill objecting to the proposed bombing range in the New Forest, which of course he wasn’t going to take any notice of as the village didn’t seem to realise there was a war on; to which the M.P. replied that, with great respect, he advised the Minister to take the matter seriously, for if it was ignored it would be necessary to station a regiment of soldiers for the duration of the war, round the perimeter to prevent constant sabotage! “I know these villagers and the lengths to which they would be prepared to go to preserve their commoners rights even in war time.” The Minister apparently heeded this advice, as to our amazement we were told he was sending down a personal representative to negotiate with us. I was one of three appointed to meet the officers sent.

Apart of course from the fact that the bombing range must be established, whether we liked it or not, all our other demands were agreed, the main one being the road would not be included and would be kept open for traffic, and in due course the perimeter fence would be removed and the whole area with all common rights restored to the Commoners.

Another village meeting was then called on 2 February 1940, of which I was again chairman and what had been agreed with the Minister’s representative put to the meeting for ratification. However it was not all straight forward as I had hoped and expected as there was still considerable opposition to the bombing range, but common sense finally triumphed and agreement was reached.

In the final event, the Government, when the war was over, kept its word in the agreement made with the village of Godshill.