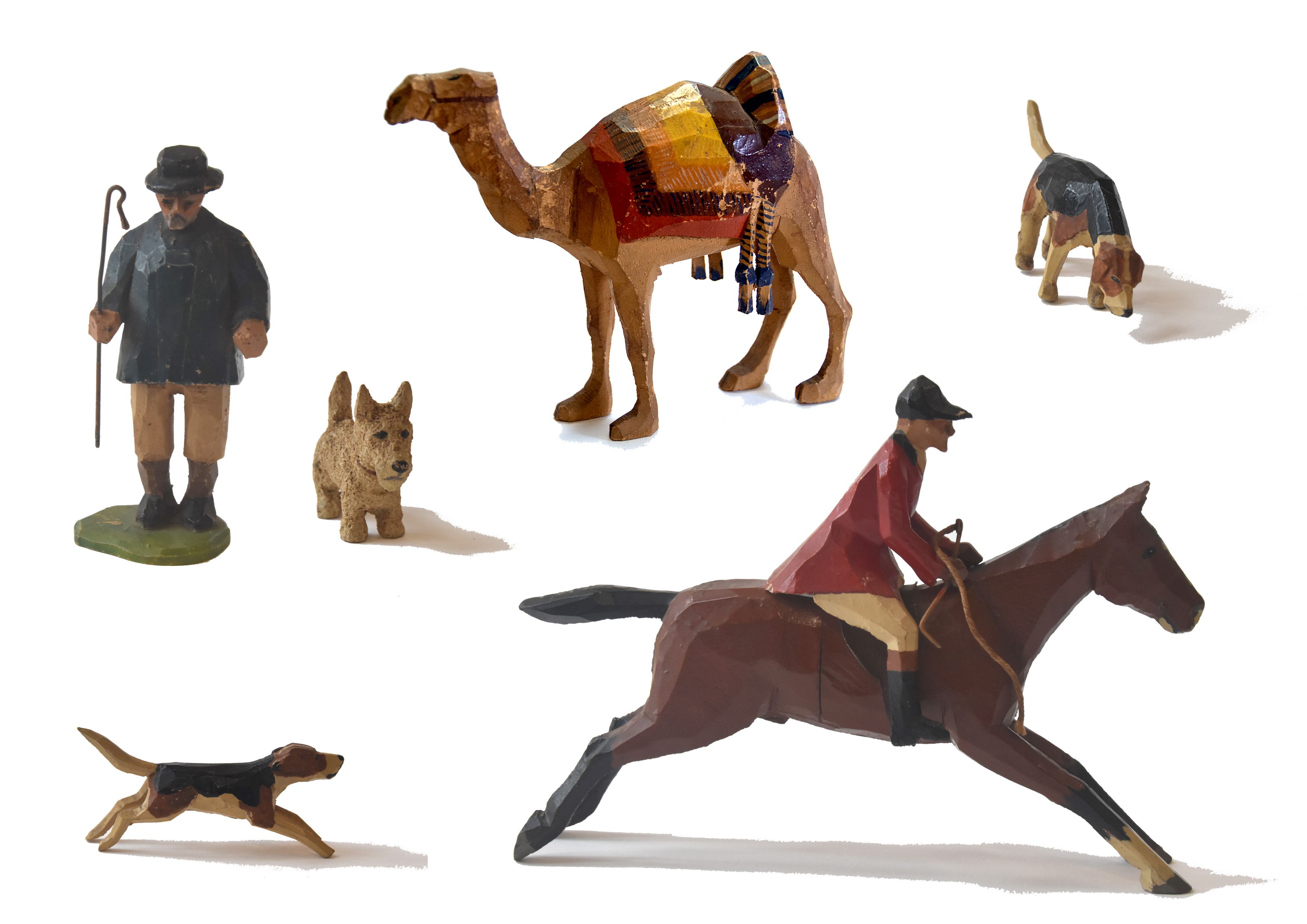 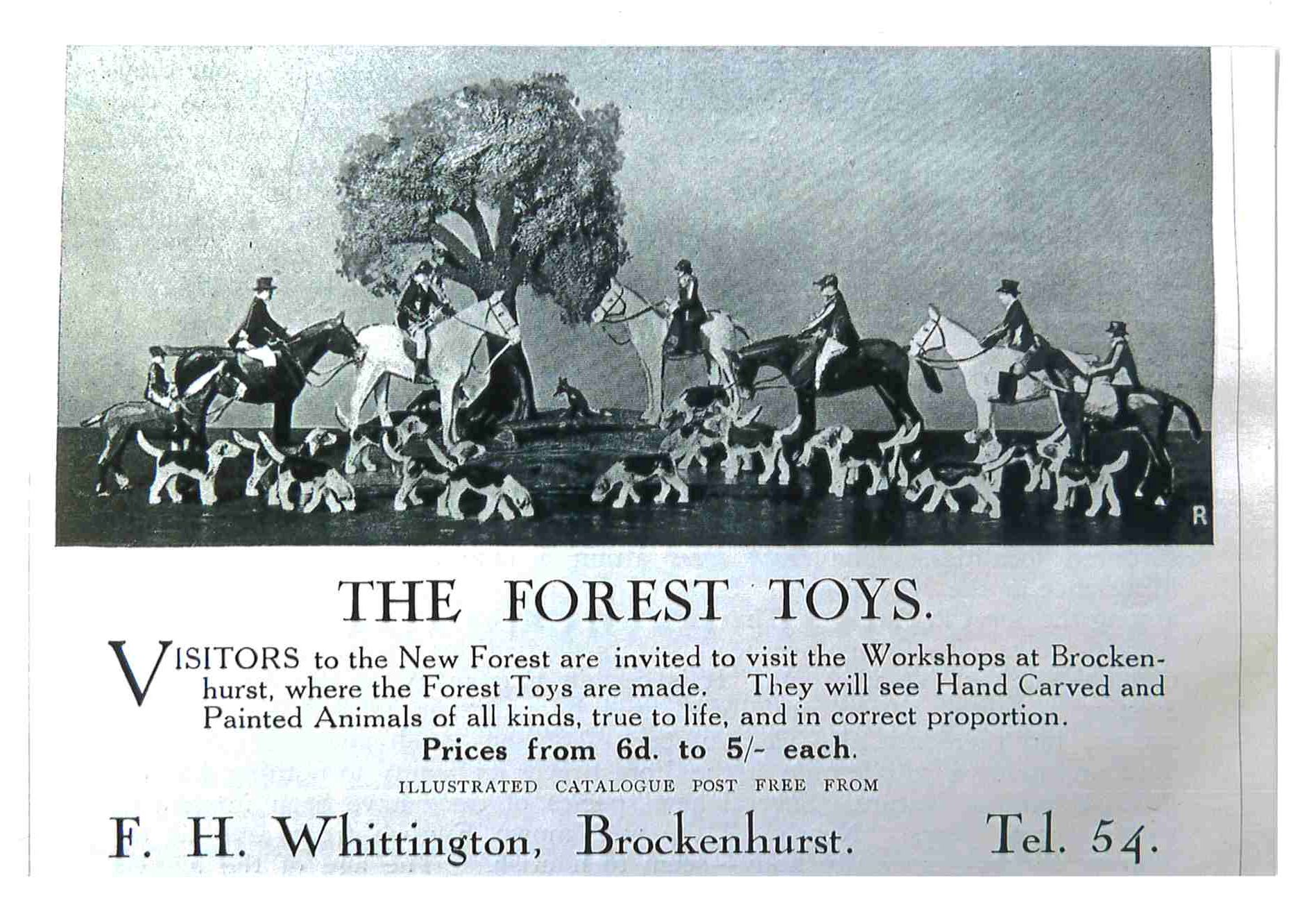 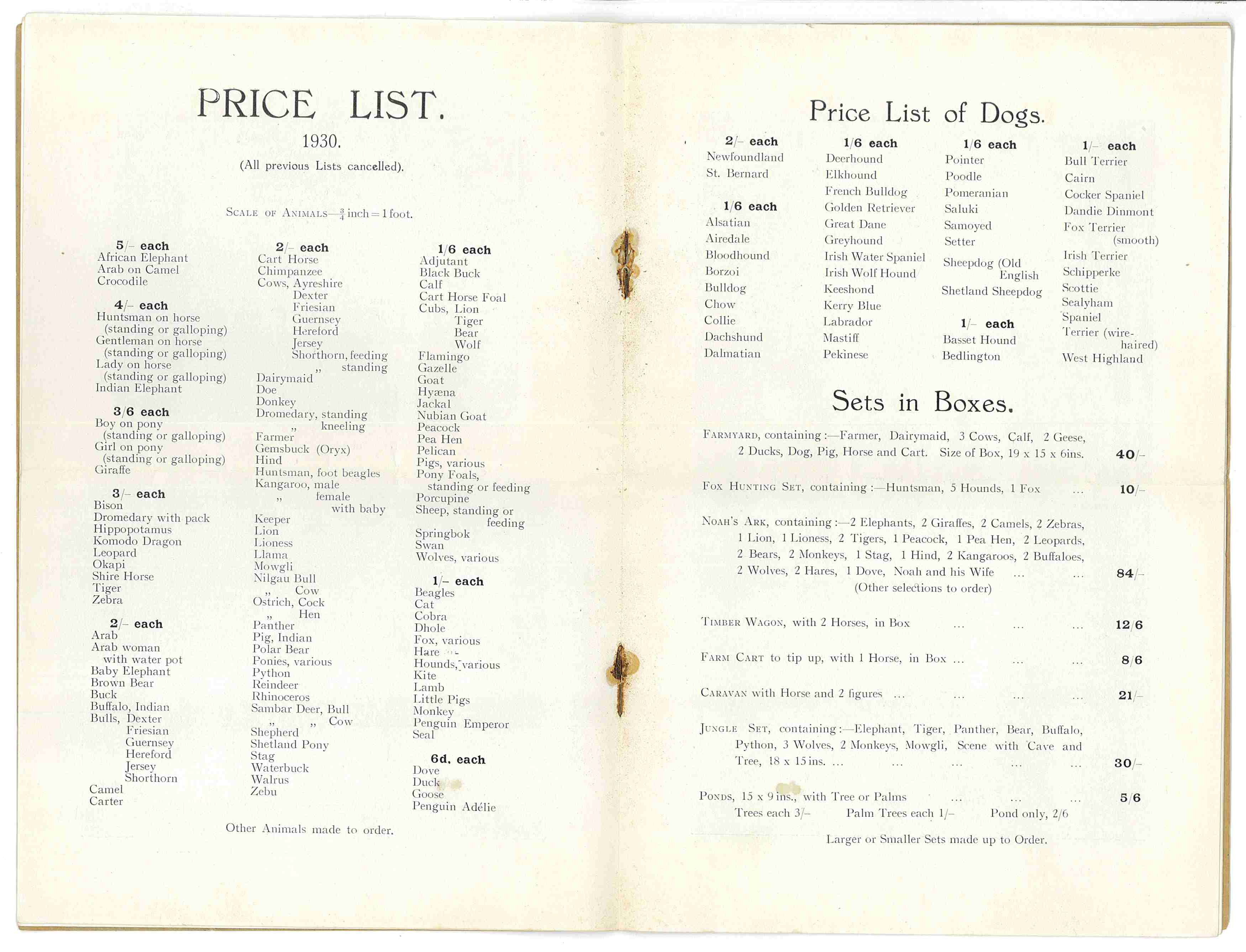 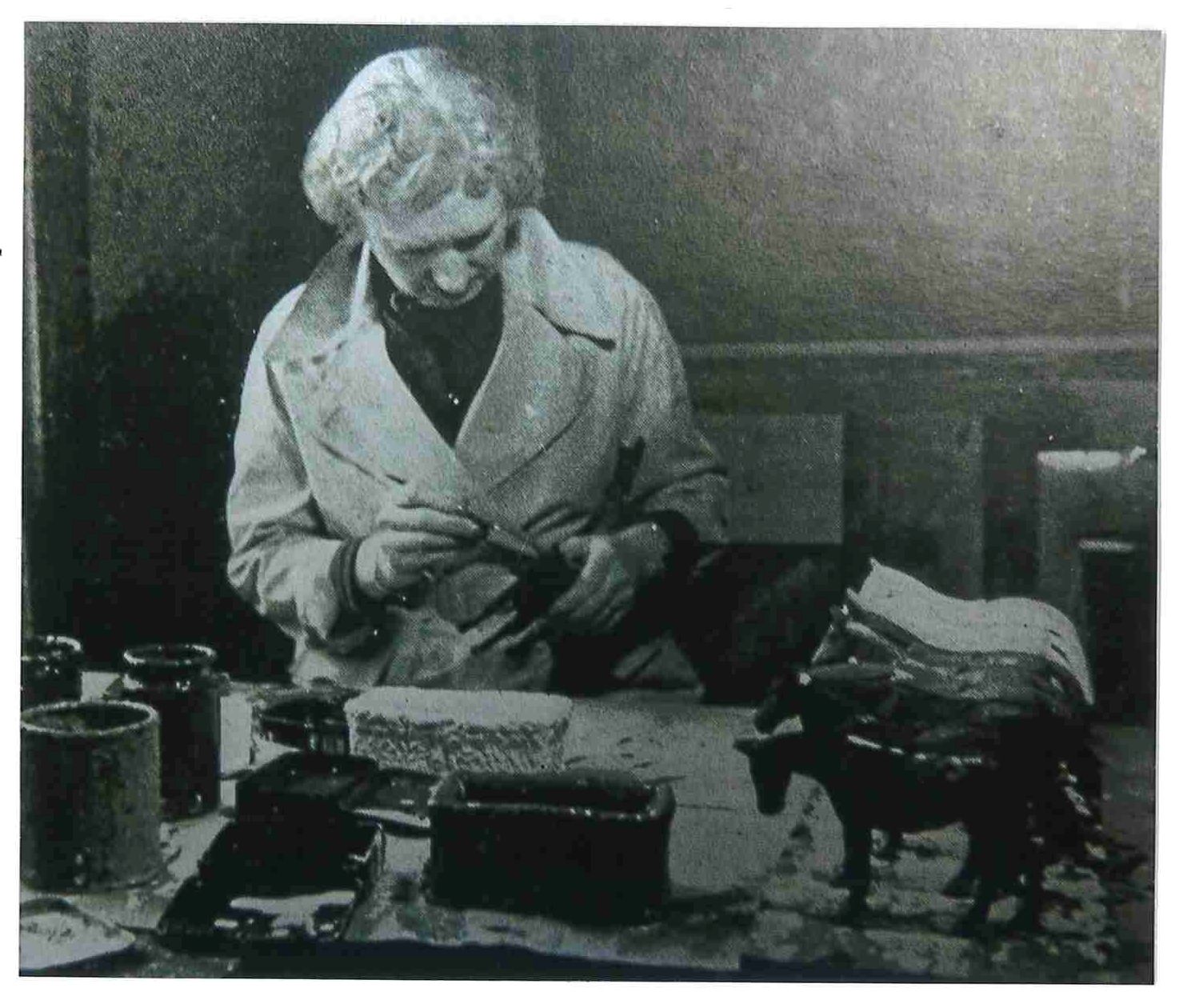 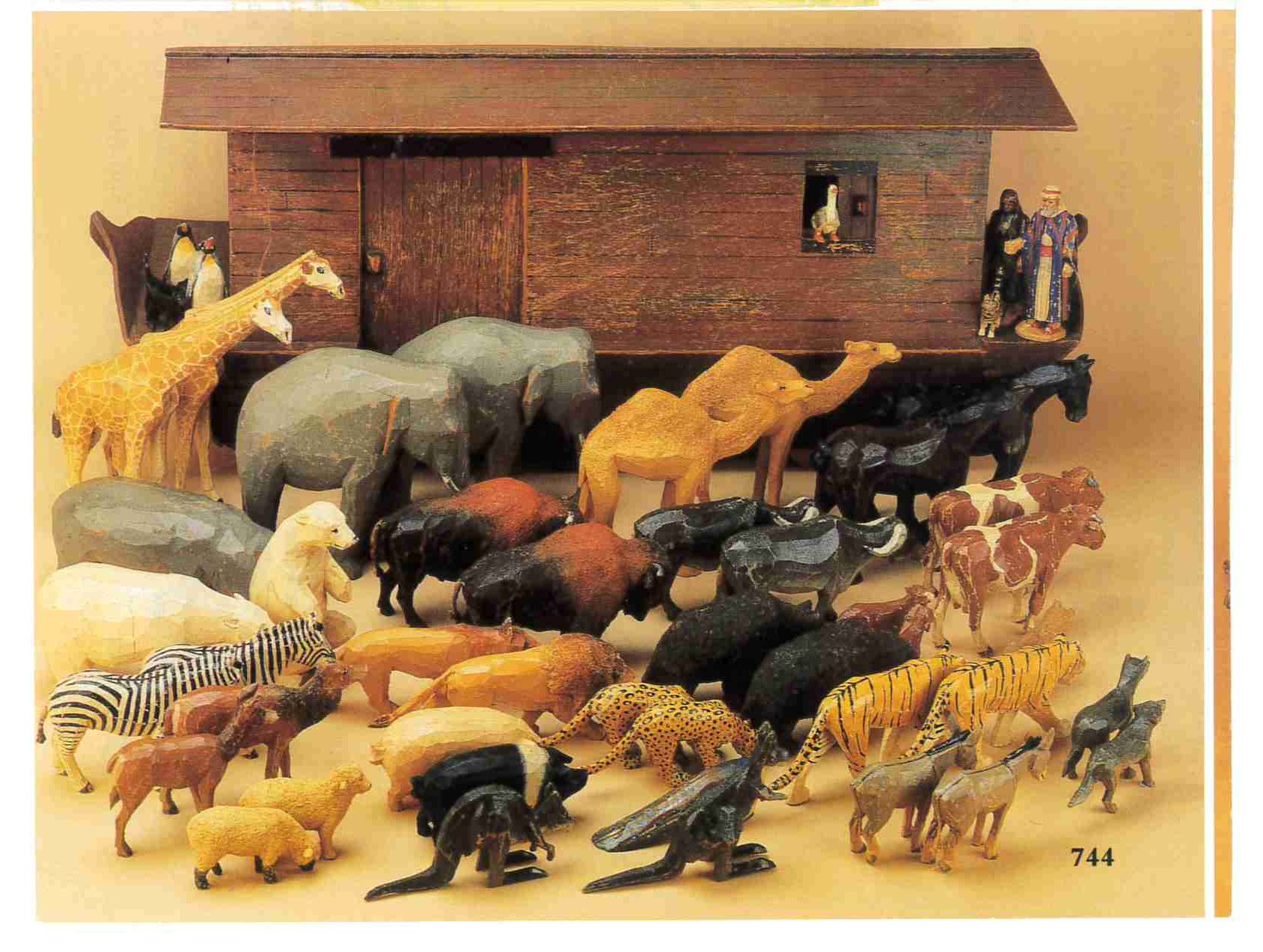 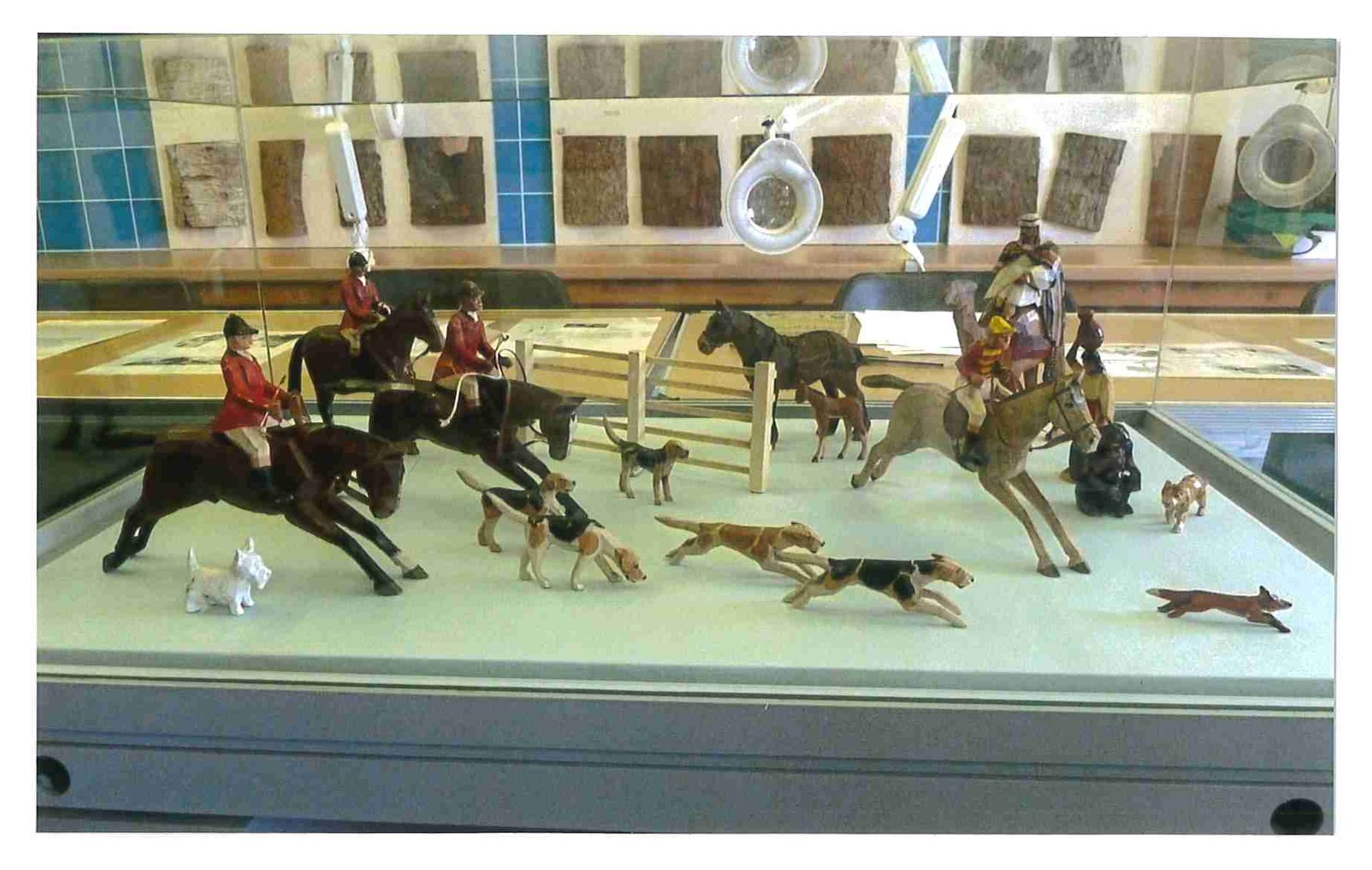 The Forest Toys factory was established in Brockenhurst in 1922 by Francis (Frank) Whittington (1876-1973). Frank Whittington had moved to Brockenhurst at the end of World War I at the recommendation of a friend, due to the beauty of the area. The factory produced hand carved and painted wooden toys of people and animals.

All toys were carved, assembled, and painted by hand by Frank Whittington and his employees, and were made to scale to reflect the true proportions of the people and animals being made, with the typical scale being ¾ inch = 1 foot. They were carved out of pine imported from North America via the Southampton docks which was then transported to the Brockenhurst factory. They were most often made in several pieces which were then glued together and later painted.

The factory’s exhibit in a British Industries Fair caused a boost to business due to the toys catching the attention of Queen Mary and the Prince of Wales, who were in attendance. Queen Mary ordered two dozen of the Noah’s Ark set at the fair, news of which made its way into several newspapers, including the Evening Standard and the Evening News. The toys grew in popularity locally, nationally, and internationally with the factory receiving visitors from all over the world.

Most of the toys were mass produced, however many people commissioned Whittington to make specific or personal carvings of, for example, pets, which were often made slightly larger than the mass-produced animals to allow for more detail. Each one would be carved using a photo reference, and particular attention was given to the details in order to produce a carving that was unique and looked like the person or animal in question.

While carvings of animals were immensely popular, carvings of people of varying professions were also produced, such as athletes, stagecoach drivers, and farm workers. Popular sets included The Meet and The Hunt, which depicted a group of riders with their horses, hunting dogs, and foxes, preparing for and going on a fox hunt, and Noah’s Ark, which consisted of a wooden Ark, Noah, and two of several species of animal. Attention was given to ensuring that the male and female of each species had their distinct characteristics, such as male lions with their mane, and female lions without a mane, while being slightly smaller than the males.

Dogs were a very popular choice, and at its peak the factory made upwards of 60 different breeds. They were both mass-produced and special ordered in order to resemble specific pets. Special attention was made in regard to the ear position, proportion, and colouring of each of the different breeds in order to ensure that the toys were realistic and of high quality.

The Forest Toys factory shutdown at the beginning of World War II due to the war causing a scarcity of resources required to produce the toys, as the wood used was imported from North America, as well as due to many of the factory’s workers being drafted.