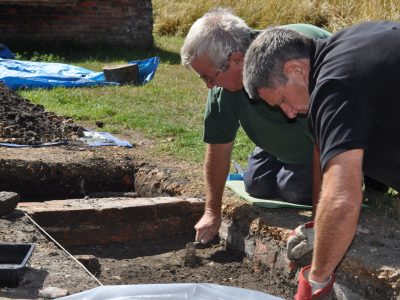 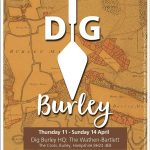 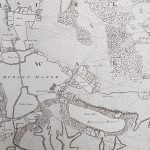 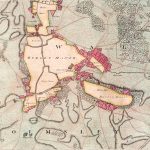 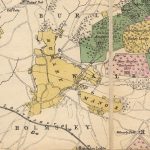 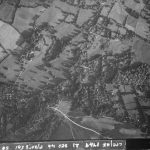 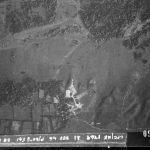 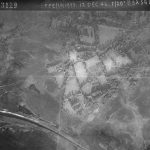 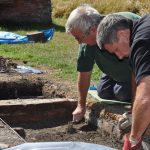 The final fieldwork report is here!

Dig Burley was a community archaeology festival that took place in and around Burley during Easter 2019. It was a joint project between the Burley Historical Society, Burley Parish Council and the New Forest National Park.

It involved residents and volunteers opening up small excavation Test Pits all over the village of Burley with the help of archaeologists. It also featured talks, workshops and exhibitions.

You can find the fieldwork report for the 2019 project here (split into three parts due to file size):

What is a Test Pit?

While we can learn a great deal about the history of our towns and villages through study of historical documents and maps, place names, aerial photographs and so on, archaeological excavation is an extremely valuable way to add to or confirm the results of such research. The opportunity for large-scale excavation however, particularly within our established settlements, is usually rare.

Therefore, the excavation of a collection of test pits, which can be squeezed in anywhere throughout a village, is a good alternative. Test pits are also a great way of allowing a community, with the help of professional archaeologists, to investigate its past history and learn a bit about how archaeological excavation works.

A test pit is a small archaeological excavation, consisting of a square trench measuring 1m by 1m and up to 1m deep that can be dug by hand, by anyone, in an open space in their garden. The test pit is dug methodically, i.e. layer by layer, and carefully recorded, with the aim of identifying evidence of past human activity, usually by finding pieces of pottery and other material, or, if you’re lucky, archaeological features such as rubbish pits, building postholes or even wall foundations.

By collating the results from all the test pits the archaeologists will try to establish a general picture of the origins and development of a settlement, and hopefully find out something about the people who lived there.

The chair of Burley Historical Society decided to do a trial test pit and you can read about it here: Trial Test Pit Feb 2019

So what was found?

The soil profiles recorded in the test pits were varied and most reflect some form of human impact through agriculture over a long period of time.

Several prehistoric flint tools were found, including a beautiful Early Bronze Age barbed and tanged arrowhead. Two test pits which contained Mesolithic finds were logically located close to water courses, and the area around another Test Pit, which produced four Mesolithic flints representing all stages of flintworking, may have been a campsite. The Bronze Age finds from two test pits at slightly higher altitudes were perhaps lost by people passing through the area, hunting or interacting with the barrows in the wider landscape.

Early and High Medieval pottery came mainly from the Burley Street area of the village. This implies the Medieval settlement might have been focussed in this particular area. Two test pits had concentrations of Anglo-Norman and High Medieval artefacts such as pottery and roof tile, indicating possible places of residence.

In contrast, a very low quantity of Late Medieval pottery was found. This could be due to the impact of the Black Death upon the settlement, which might have led to just a handful of families occupying the more desirable plots.

A snapshot of the post-Medieval but pre-modern extent of the settled area is represented by the distribution of Verwood pottery, which was found in a lot of the test pits in the Burley Street area, around The Cross, and clustered around the Mill Brook along Chapel Lane.

A guide booklet and the ‘Dig It’ pack were distributed to all registered participants and volunteers, explaining how to dig and record an archaeological Test Pit.

Dig Burley HQ was located right in the heart of Burley at the Wathen-Bartlett. Visitors and participants were able to pop in at any time during the event to find out what’s going on or take part in workshops, help with finds processing or just grab a hot drink and a chat.

Workshops at Dig Burley HQ introduced participants to identification techniques for flint, pottery and bone, giving them the opportunity to learn more about archaeological finds, get hands on and  identify what was found in their Test Pits. Burley Manor kindly hosted a free evening with a special guest speaker: Tim Taylor, the creator and Series Producer of Time Team. Both this event and the workshops were open to all participants, residents, volunteers and visitors, providing opportunities to celebrate archaeology and catch up with the community.

For further details, comments and suggestions you can visit the Dig Burley page on the Burley Local History Website: Dig Burley

Or please contact David and Ann Etchells via: davidetchells(at)uk2.net