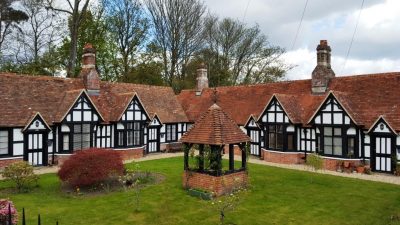 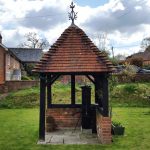 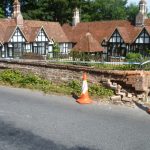 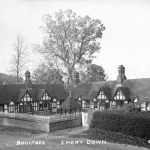 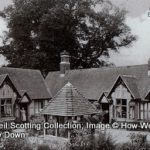 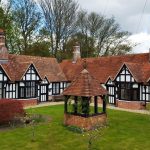 Admiral Frederick Moore Boultbee commissioned five almshouses to be built on land he had purchased from Joseph Payne in January 1871 for £120. Emery Down Cottages comprise five dwellings in the centre of Emery Down. Following the death of Boultbee’s niece in 1896 the cottages were put in Trust and have been run by Trustees since. Trustees are from the village of Emery Down and include the local vicar and Church Wardens.

Sited within the Forest Central South Conservation Area, the cottages are single-story in height, constructed of timber frame with plaster in-fill on a brick plinth and have a plain tile roof with brick and stone chimney stacks. The cottages reflect the burgeoning Arts and Crafts movement of the time. The boundary wall is listed in its own right and is a low brick wall with cast iron railings in an alternate spear and fleur-de-lys pattern, with a similarly designed pedestrian gate.

In 2014 the Cottages were renovated at a significant cost but there were not funds available for the boundary walls to be renovated. Subsequently, in 2017, a Chartered Engineer carried out a report on the condition of the wall and railings. The report suggested that whilst the metal railings on top of the wall are remarkably well preserved, the railings and their fixings have over time rusted and as such have caused the wall to develop cracks. In addition to this the capping bricks are deteriorating from traffic fumes and also from some cement pointing.

The following work was recommended:
• Temporary removal of the railings to allow the existing iron fixings to be replaced with non-ferrous ones
• To remove the damaged shaped coping bricks and to re-bed replacing any damaged ones
• To re-point both sides of the older walls
• Re-bed any loose or displaced brickwork

Listed building consent had been granted for the conservation work to be undertaken just before a car crashed into the wall causing further damage to the wall and prioritising the need to undertake the work on the wall before further collapse.

The conservation of the almshouse wall is being supported by the National Lottery Heritage Fund through the Our Past, Our Future Landscape Partnership Scheme and the New Forest National Park Authority’s Sustainable Communities Fund.

In a separate project funded by Our Past, Our Future the pump in the grounds of the almshouses was also refurbished.

It seems that some required fields are empty or you have not agreed on licence
LOCATIONS:
Emery Down
PERIODS:
Modern
SUBJECTS:
Architecture
History
Our Past Our Future
People
Pre-WWI
Surviving relic
DATA SOURCE:
Contributions
GROUP:
How We Used To Live – Emery Down Local History Project