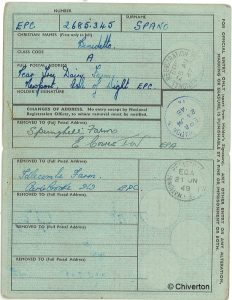 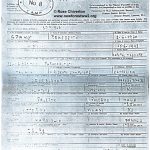 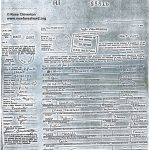 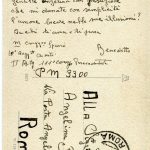 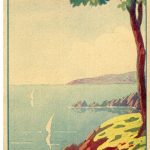 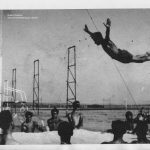 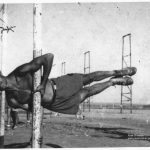 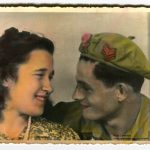 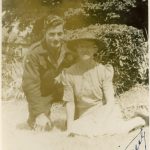 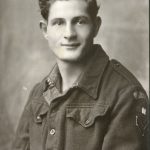 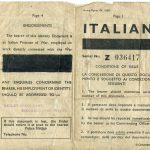 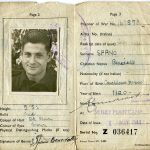 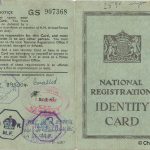 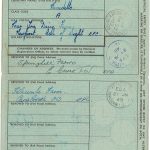 Benedetto Spano was an Italian soldier captured in Algeria in15 June 1943. He became a prisoner of war (POW) and eventually held at Setley Plain POW Camp 65.  This is his story told by his daughter Rose.

My father Benedetto Spano, by trade a type face setter, was born in Casablanca North Africa 2 June 1920. His father was Italian and his mother Victorine Rosalie Viviani born 1892 in Marseille France. His father owned a large marble factory in Taza. My father was from a family of 18, only 5 survived into adults. After they were made orphans in 1935 their sister Angele signed the papers to send them to the orphanage Boccone Del Povere in Palermo from 18 March 1936 to 10 March 1940.

In July 1942 he was training at the school of Paratroopers at Taruinia (outside Rome) as a volunteer. These companies were formed for a special part as partisan action behind enemy line. They were an elite group. A short time before he was captured, aged 23, he sent a postcard from Bari to my mum in Rome from his group 10th Reggimento Ardetti. (Benedetto Spano Postcard Letter 26-05-43.jpg)

My mother Angelina Ziliotto, was born 26.01.1925 at Maserada Sul Piave. Before the war broke out in Italy she was sent to work with her sister Anita in Rome. She was a housekeeper to a very important Major. She lived at Porta Anglica now the Bulgarian Embassy but at the time this was part of the Vatican. My father was in Rome working as a policeman and this is how they met and kept in touch for ever more. My mother remained in Rome all through the war and whilst my dad was a POW in the UK. I remember her saying she wrote to the Red Cross to track my dad down. They kept in contact all through the war. I have since found hundreds of these letters which I am now translating.

Like so many POWs my dad chose to remain in Britain, never wanting to return to Italy. He often told me Italy was too poor to return to and make a new life! He regularly sent my mother and her family stockings and chocolates back to Italy! After the war he moved to the Isle of Wight and worked as a farm labourer and eventually when accepted rented many farms. In 25.08.1947 he was given an identity Card at Newport Isle Of Wight which shows he was working at Pear Tree dairy farm as a farm labourer. Benedetto Spano died 30.09.2009

My parents were married 10.08.1947 in Santo Spirito in Sassia Rome a church attached to the Vatican.  In 2008 I went to Rome and saw the book where their Certificato di Matrimonio (marriage certificate) is kept. It was Book 47 but it is kept under lock and key? The others were all on open shelves. My mother died 13.02.2008.