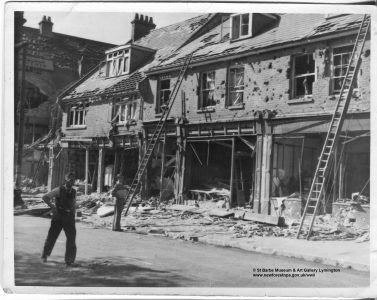 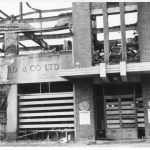 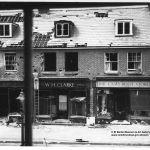 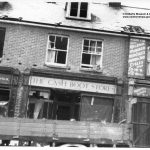 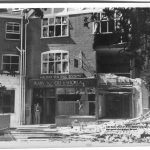 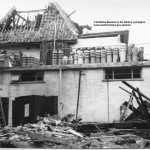 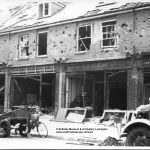 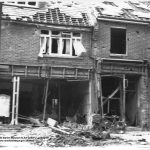 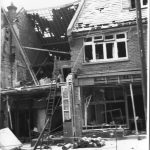 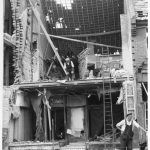 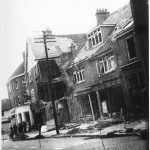 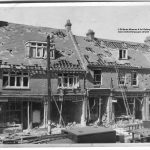 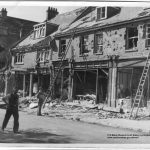 This collection of photographs, held at St Barbe Museum, show the damage caused by the bombing raid on New Milton in August 1940. These photographs were taken along Station Road between the junctions of Ashley Road and the turning to Parkview Mews.

It was August 23rd, I remember it so well, I was 12 years old. I was standing on the corner of Station road & Old Milton road, with my friend John Hutchings, who was 9 at the time. All of a sudden a lone Heinkel 111 bomber flew over incredibly low, letting go of what we thought were propaganda leaflets. Seconds later we realised that these we not leaflets, but a stick of bombs—three 250-pounders, and nineteen 50 pound anti-personnel and incendiaries. Much of the shopping centre was devastated, with 20 civilians and 5 soldiers killed. I was amongst those injured as shrapnel ripped through my leg, whilst John got a clip round the ear from his Dad.  (Ivan Bryant, WW2 People’s War)

You can read Ivan’s full account on the BBC’s WW2 People’s War archive.

(W2 People’s War is an online archive of wartime memories contributed by members of the public and gathered by the BBC. The archive can be found at bbc.co.uk/ww2peopleswar)

Other bombing raids also occurred in August 1942 and January 1943.